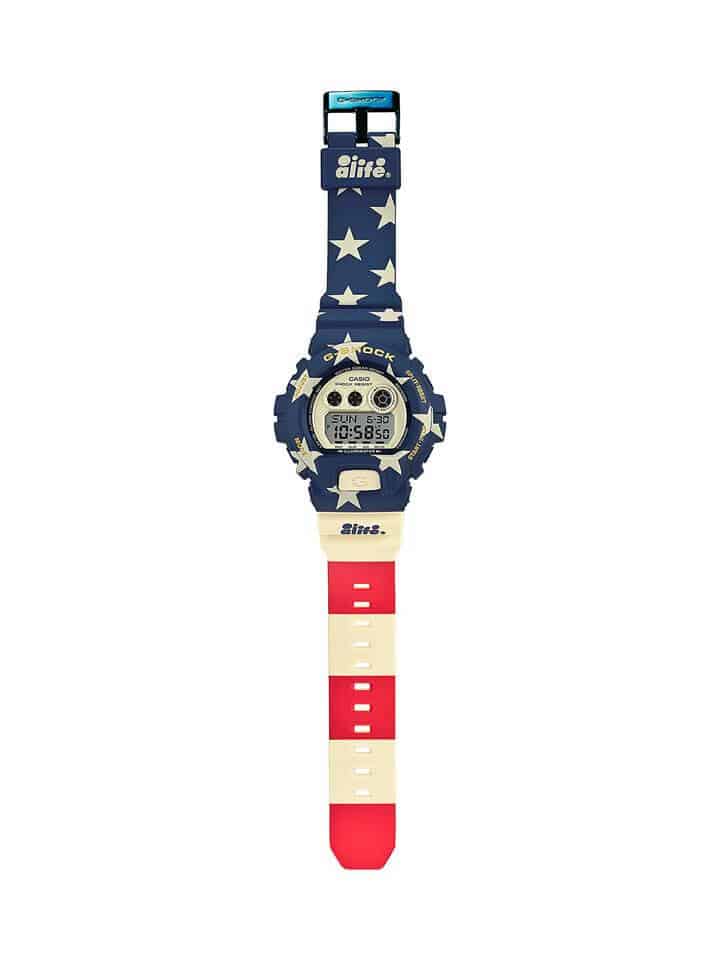 The Casio G-Shock ALIFE GDX6900AL-2JR is a special edition watch that was released in October 2015 in collaboration with alife. Alife is a street fashion brand based in NYC and their branding can be seen in a number of locations on the watch – on the case back and the strap.

The most distinctive feature of this particular ALIFE G-Shock watch is the American Flag theme that pervades the whole watch. With white stars on a blue background covering the top strap and the whole case, as well as the red and white stripes on the bottom straps. The muted colors of the design were inspired by Jasper Johns, a famous American artist born in the 1930s, whose work can be seen all around the world. The picture below shows one of his many famous American Flags paintings which were done during the 1950s.

The most obvious feature of the G-Shock GDX6900AL-2 is the American Flag design. But let’s dive a little deeper than that.

Let’s see what the GDX6900 models of the Casio deliver.