Joe Rogan has become the latest Youtube sensation to be signed up for millions on Spotify, so it is no surprise that he has enough money to wear some expensive watches.

However, if you are not familiar with Joe Rogan, he has actually been doing the rounds on TV for years in various ways, shapes, and forms. He was the host of the reality TV show – Fear Factor. He is also a passionate Ju-Jitsu practitioner and MMA lover. Having hosted many MMA fights himself. His podcast, The Joe Rogan Experience, often features MMA stars as well.

On top of this, he is renowned for his comedy with shows on Netflix and other TV appearances, as well as various comedy clubs around LA and other cities in the USA.

So, a man’s man, who loves to fight, hunt (with the likes of Steve Rinella) likes to wear practical watches like G-Shocks. However, more recently he has taken to far more expensive automatic timepieces from manufacturers such as Breitling, Omega, and Rolex. It all started with an interview with Matt Farah, but that is a longer story!

But what exactly in Joe Rogan’s watch collection?

Which watches does Joe Rogan wear and own? Let’s find out. 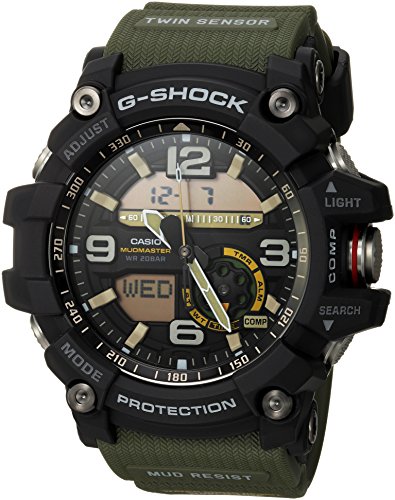 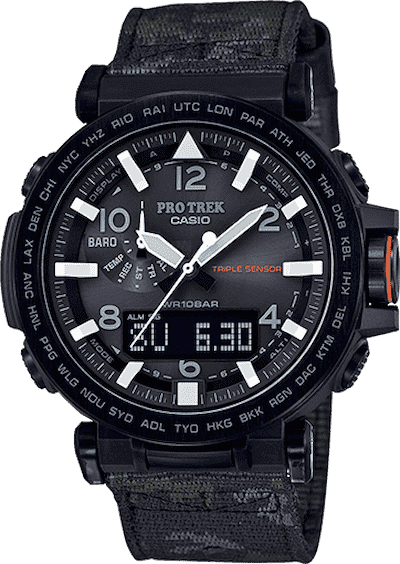 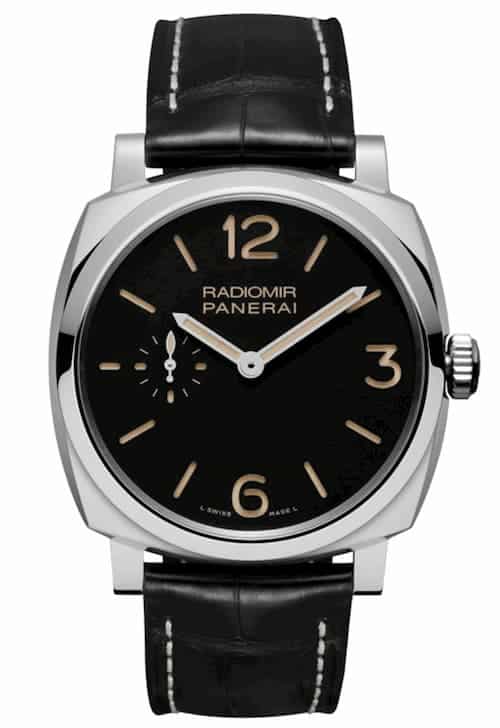 Being a very practical outdoorsman, it is clear that he was always going to own one or two G-Shocks. The G-Shock Mudmaster is definitely one of the more durable and feature-rich options out there.

It has not only G-Shocks signature 200m water resistance, and shock resistance, but also mud resistance and magnetic resistance! Did I hear you say “resistance”?

On top of that, it has a digital compass and thermometer, as well as classic functions like a stopwatch, countdown timer, alarms, and more. It also has 6 band atomic timekeeping, which is great for accuracy, but also changing timezones.

I have not been able to find a specific screenshot or TV interview of this watch, but it is reported in a few places around the internet that Joe Rogan’s watch worn in the first Elon Musk interview in 2018 was a Casio Pro Trek. It has been claimed that it was this model, but it could well have been many others as we are unable to get a specific glance at it.

Below is the best shot you can get of the watch during the podcast on Youtube.

Another more robust and everyday watch that Joe Rogan has been seen wearing during MMA fights is the Traser H3 Red Combat quartz watch. It is far more in keeping with his manly persona, with an almost all-black look, with only red hands and bezel markings as the stand-out features. It has a day/date window at 3 o’clock and a Swiss-made quartz movement inside.

Joe Rogan also seems to have a penchant for expensive watches, even if he does not wear them all the time. In this case, during an MMA interview, he was seen wearing a Panerai Luminor Submersible – also known as the PAM 24.

It is a very unique dive watch from the Italian watchmaker, with typical dive markers, but also a super-protected crown and seconds sub-dial at 9 o’clock. If you say anything about the Italians, they know how to design unique watches.

Another slightly simpler watch is the Panerai Radiomir, which also has the seconds sub-dial at 9 o’clock, but is not designed to go diving as deep! It has a far cleaner and simpler look with the unprotected crown as well.

Joe Rogan has had a thing for Rolexes for years and has been seen wearing a Rolex Deepsea D-Blue quite a few times.
Below you can see him wearing it while interviewing MMA fighters, which is an interesting contrast to his more simplex Casios.

He was also seen wearing it during a podcast interview with Marques Brownlee more recently. Maybe to impress him with