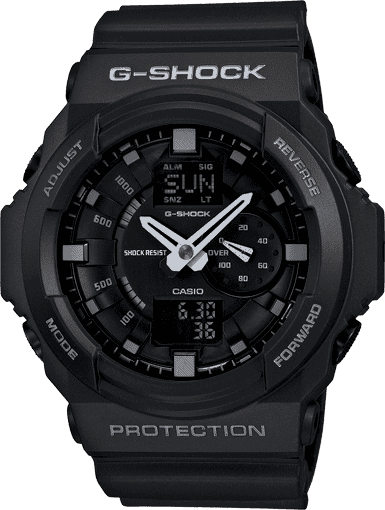 With the G-Shock GA150 Casio has tried something a little different.

Sure it looks very much like many other of their massive range of G-Shocks, but the overall bezel and dial combination leads to an almost chiseled 3D look. The color is matte black, giving it a tough, almost tool-like finish.

With flat lines and areas all around the case that are designed to not only protect the watch but also provide a home for the four buttons.

Casio has provided the standard 200m water resistance and shock resistance as they do on all G-Shocks. But this watch also has magnetic protection built into the case. A nice bonus if you happen to work in an Aluminum smelting plant! (where strong magnets are used :>)

They have also used their patented Hollow Guard structure in the case to help protect against shock and impact.

The GA150 shown here is in many ways a black-out watch with a small negative display for the time and another for the date. Of course, it is not completely black with the analog hands being white to allow us to easily read the time. And, the seconds are displayed in a separate sub-dial at 3 o’clock.

There is a second version of this watch in all white, so it is kind of a homage to Michael Jackson’s – black and white song (bad joke, I know!). 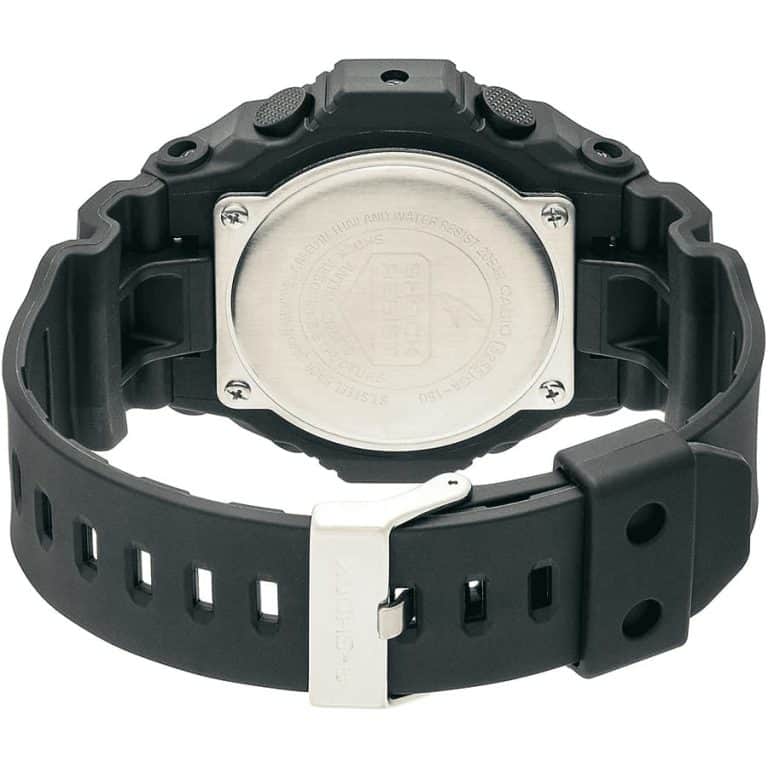 Overall, the GA150 is quite a large watch at 55m diameter, so if you have small wrists, I would not recommend it.

Also, because the case and strap are resin, it is not going to be as comfortable as say a nice soft well-worn leather or nato strap. However, most people who own G-Shocks are happy wearing them day in day out.

Here are the specs of the GA150 according to Casio:

Aside from the all-black option reviewed above, the GA150 also comes in a white (GA-150-7A) and a gray as well.