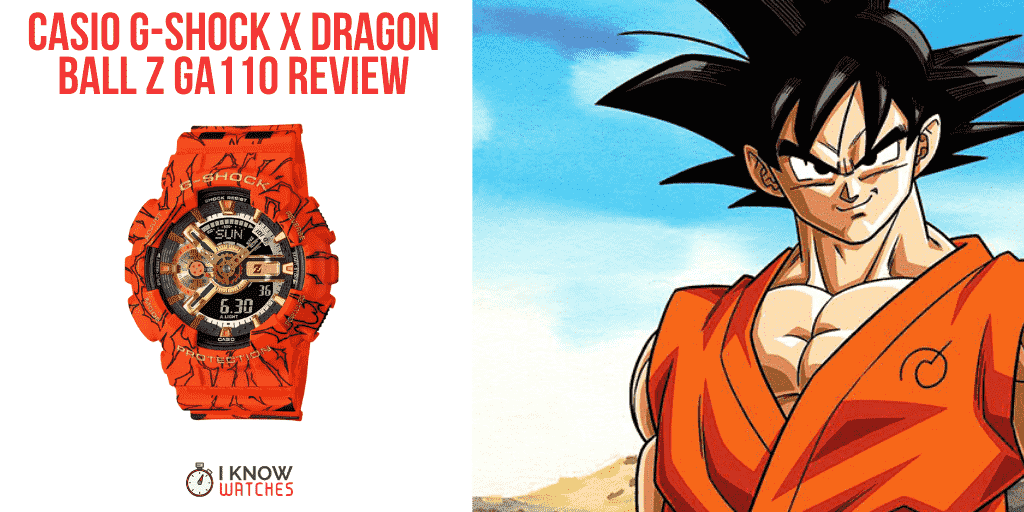 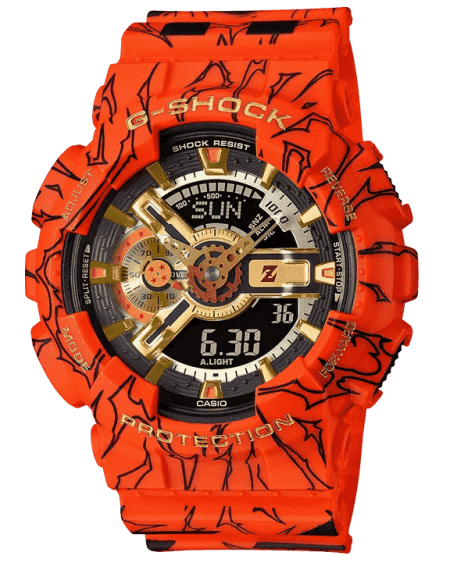 G-Shock x Dragon Ball Z GA110 is yet another out of this world collaboration between the prolific watchmaker. This time, Casio have put together a watch that pays homage to the Dragon Ball anime series from Japanese TV.

It is a limited edition watch that was released on August 22nd 2020, and sold out in no time.

This was in turn actually a TV version of the original Manga comics, but the TV series has been immensely popular. So, why not make a watch?

The G-Shock x Dragon Ball Z is insanely red, with a little black thrown in for good measure. It has a load of Dragon Ball imagery featured throughout the case and band. With the story of Son Goku being told along the band itself. Along with the words “Dragon ball” printed along it.

And of course, the dial has more specific elements like the Four-Star ball at the 9 o’clock position. This is actually one of the seven dragon balls – the one associated with Son Goku from the show. And, at the 3 o’clock there is a large Z to commemorate the collaboration.

This is otherwise a fairly typical example of a G-Shock with an extremely rugged, shock-proof case with 200 m of water resistance. And the feature set is

Here are the specs of the G-Shock Dragon Ball according to Casio: