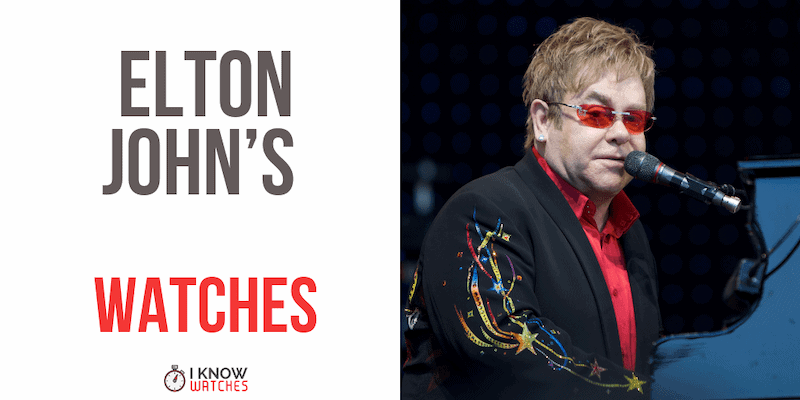 Sir Elton John’s unique blend of Pop and Rock along with his flamboyant fashion style turned him into one of the 20th century’s biggest icons. The British singer, composer, and pianist has sold more than 300 records and won 10 Tony Awards and two Golden Globes. A gifted musician from a very young age, he released his first self-titled American album in 1970 and quickly rose to worldwide fame with unforgettable hits like “Crocodile Rock” and “Candle in the Wind.”

Sir Elton’s consistent chart-topping hits and millions of sold albums brought him a lavish lifestyle he loves. He jets around the world between several homes with his long-time husband including two in his native UK. When he’s in the States, he enjoys spending time at his mansion in chic Beverly Hills, a swanky home in nearby Los Angeles, and a luxury condo in Atlanta.

But Sir Elton became a legend for more than his fame in the entertainment world. He founded the Elton John AIDS Foundation in 1992 and became an avid supporter of philanthropy. Upon his dear friend Princess Diana’s tragic death in 1997, he reworked and recorded “Candle in the Wind” as a tribute to her with proceeds from the song going to a charity in her name. “Candle in the Wind 1997” sold more than 300 million copies in that year alone.

Nowadays, Sir Elton is still a music and fashion icon and is often seen sporting his wild outfits, colored glasses, and lots and lots of expensive watches. Over the years the legendary Rocket Man has been seen on shows like Jimmy Kimmel Live, the Talk, and on stage sporting luxury Swiss watches from Chopard, Rolex, and Franck Muller.

When Elton John met Caroline Gruosi-Scheufele at the Cannes Film Festival in 2000, they formed a firm friendship. Not surprising, since both had a passion for fashion and helping fight AIDS. Scheufele is co-president and artistic director of Chopard, a Swiss luxury watchmaker. This bond gave birth to the brand’s Elton John Collection to benefit the AIDS Foundation. Scheufele collaborated with Elton John to design watches reflecting his personality and love of bling.

All of the timepieces in the Elton John Collection feature a self-winding chronograph movement with a 42-hour power reserve. A date display is located between 4 and 5 o’clock. The straps are pink, brown, or black alligator leather.

Some of them are more extravagant than others with 18K rose gold cases and adorned with precious gems such as diamonds, rubies, and sapphires. Some feature rare yellow, pink, and black diamonds. The case backs are engraved with Elton John’s signature.

Elton John has several Chopard timepieces of his own. During the 77th Annual Golden Globe Awards, he sported a Chopard Imperiale. The customized watch has an 18K white gold case and is complemented by a black croc-embossed leather strap. A set of 11.22 carats of diamonds add elegance and more luxury than the Chopard Imperial factory versions.

The Chopard Imperiale Collection’s design is a modern-day representation of great historical empires. Abstract motifs on the dial are inspired by the embroidery on the draperies where monarchs displayed their insignia. They feature Roman numeral hour markers, curved lotus flower crowns, and openwork sword-shaped hands. The shape of the lugs is reminiscent of ancient columns.

Elton John cherishes his Rolex Day-Date Watch perhaps because it has a history as colorful as he is. It was the first watch to display the day of the week spelled out. Released in1965, this timepiece has been dubbed “The President” because of its popularity among American presidents such as Eisenhower, JFK, and Lyndon Johnson.

It’s also favored by Warren Buffet and Jay-Z. It’s crafted in the brand’s 950 platinum and features an icy blue dial. The caliber 3255-movement was developed and manufactured by Rolex. The self-winding mechanical movement is a forerunner in watch crafting and is known for precision, power reserve, and shock resistance.

Sir Elton has also been seen wearing a Franck Muller Cintrée Curvex. Set with diamonds, it has a black dial, Arabic numeral hour markers, and a black crocodile leather strap. All of the watch cases in the Cintrée Curvex collection have the iconic Tonneau shape with unique curves and contours.

Founded in Geneva, Switzerland in 1992, the luxury brand is known for its original designs and complications. Some models feature skeleton dials, perpetual calendars, and chronographs. Sir Elton’s encrusted diamond Franck Muller is outrageously expensive, but the company offers less expensive ones.