In the ultra-modern world of GPS and solar watches both Seiko and Citizen have some noteworthy models. Both the Seiko Astron and Citizen Satellite Wave are hot GPS contenders in this area, featuring very similar technology, but quite different looks and offerings.

In this review I will take a detailed look at how the technology compares and differs as well as a couple of specific watches. This way, you can figure out exactly which is the right watch for you in the high-tech solar GPS watch category.

Comparison of Seiko vs Citizen Watches

First, let’s do a quick spec vs spec comparison so you can get an overview of what these watches offer. If you want the short version, there is very little difference apart from a ceramic bezel on the Seiko. 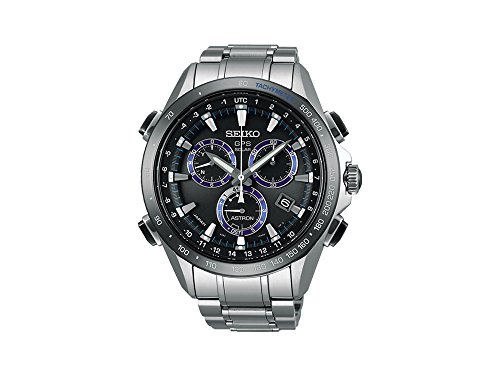 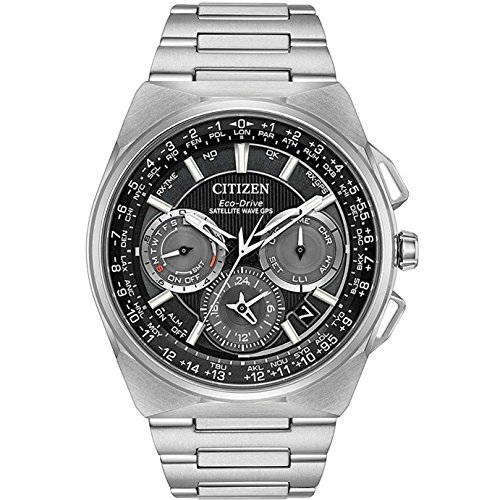 Seiko and Citizen offer these watches in a variety of styles and models, so it is kind of hard to compare, the above two models are very similar, but others do vary.

For example some have smaller faces, stainless steel bands (mostly on Citizen) and of course whether you have a chronograph or not depends on the models.

Where they really vary is in the layout and markings on the face, as well as the ceramic bezel on the Seiko. The Anit-reflective coating on the Seiko is also supposed to be better (some say it’s so good you can’t even see the glass). So, in some ways you get what you pay for.

But in the end, it is up to you which model you prefer from a huge range from both Seiko and Citizen.

Comparison of The GPS Solar Technology

When it comes to Solar and GPS technology both Citizen and Seiko have done a great job. What you get is a watch that is charged by light and displays the correct time, and time zone which is given by GPS.

Rather than having to change your battery, a solar watch will help you recharge it by just exposing it to light. The brigher and more natural (ie. sun) your light is exposed to, the quicker it charges.

Both these watches store a lot of charge in a custom battery, but more specifically:

So, although you can recharge these batteries far less often than you would think, they don’t hold charge forever. It pays to keep them charged and to do so (in bright sunlight on the window sill for example) at least once a week.

Both Citizen and Seiko use the same technology to figure out the local time. They read the time code from the GPS signal and adjust the time on the watch accordingly. They also have a set list of timezones based on city codes that they use on the watch to display what timezone you are in. Seiko adjust to 39-40 timezones (seen in the image above) depending on the model. Citizen seems to have about the same, 40 time zones according to their manual, across 26-27 cities (featured on the bezel of the watch).
Although, according to some reviews I have read, the later model Citizen waves have a faster satellite acquisition (3 seconds) than the Seikos. So, there are small advantages on either side.
There are 3 main modes on both these watches for: timezone setting, manual time setting and automatic time adjustment. They also include a leap second adjuster and switch for daylight savings (since the GPS data does not show that, you have to turn it on/off manually on both watches).
The Seiko has a slight advantage of trying to do auto adjustments once a day, whereas the Citizen does tries after at least 72 hours (3 days). Both require there to be decent reception, the watch exposed to light, and for it to be charged enough to attempt satellite connection (as it needs usually 4 satellites for accurate information).
SEE SEIKO ASTRON CHOICES ON AMAZON
SEE CITIZEN SATELLITE CHOICES ON AMAZON

Was the Seiko Ruputer the World's First Smartwatch?
Seiko SKX007 vs SKX173: Same Same, But Different
Seiko SKX175 vs SKX009: Is There Any Difference?
SEIKO Prospex Shogun SBDC029 Automatic Diving Watch Review
Seiko vs Citizen: Is There A Clear Winner?
Seiko SRPC93K "Save The Ocean" Samurai Review