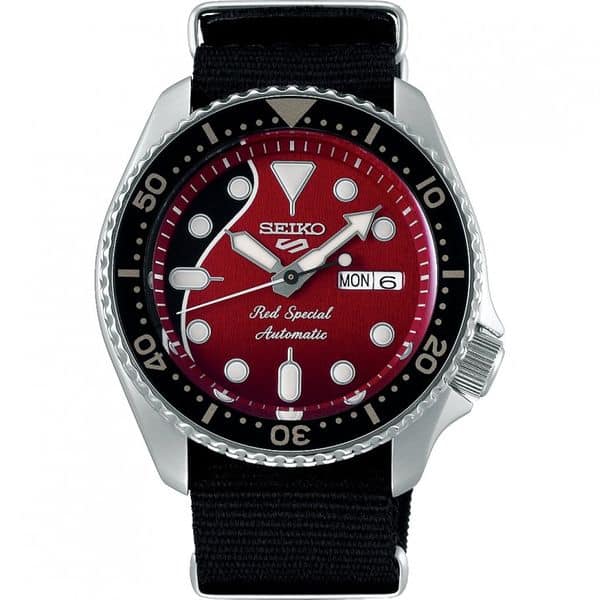 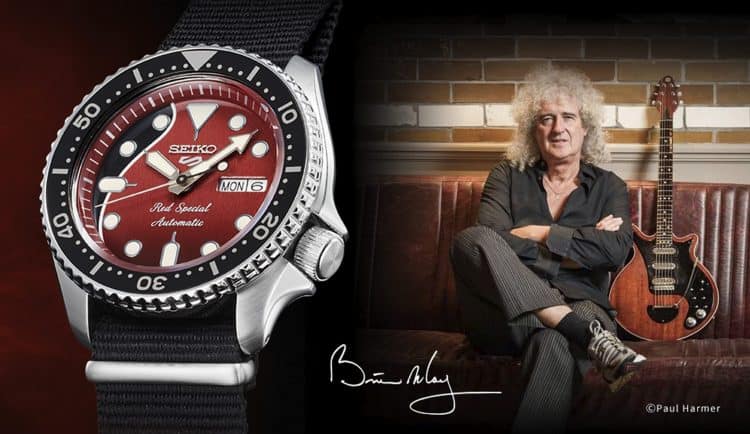 Released in January 2020, the Seiko 5 Sports SRPE83 is a limited edition watch produced in 9000 pieces to pay homage to the legendary guitar of Queen guitarist, Brian May. The guitar is a fully custom model he and his father built in the 1960s and became known as the Red Special. It’s mind-blowing to think that they assembled this guitar from random parts in their garage, and that Brian played this guitar for decades!

The watch has the same color scheme as the Red Special and some further design elements that help with its tribute to Brian and his guitar. For example, there is a wood-like pattern on the dial, as well as a sweeping black portion that mimics the protective section on the guitar. 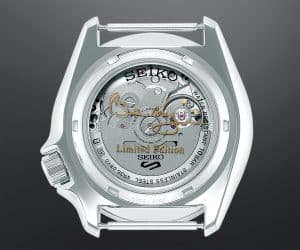 The name “Red Special” is also inscribed at 6 o’clock, as well as Brian’s signature along with Limited Edition printed on the see-through case back.

The black nylon NATO strap and bezel are both black to further complete the Red Special color scheme which can be seen throughout this masterpiece!

Seiko has included their workhorse 4R36 movement in this Seiko 5 sports model. Nothing fancy, as you would expect in the Seiko 5 range, but built to last. It has 40 hours of power reserve as well as a day/date complication, and manual winding. The crown is at 4 o’clock like many a Seiko 5, with crown guards there to guard against unwanted attention.

All in all this watch is certainly overpriced for what you get, but it’s a limited edition like the Blue Lagoon, Save the Ocean and Zimbe. And you pay for exclusivity!