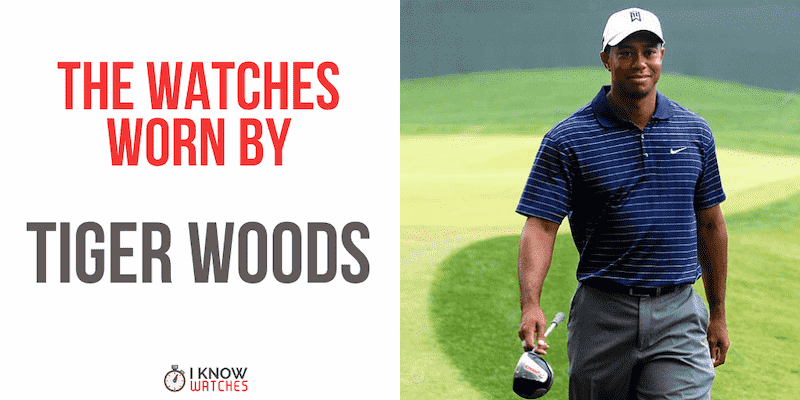 Tiger Woods is synonymous with golf: he is considered one of the greatest golfers of all time. Aged only 21, he won the U.S. Masters at Augusta in 1997 with a record score. In 2001, after winning the Masters, he became the first golfer to hold all four professional majors at the same time.

Given how successful he has been on the golf course, it is not surprising that he has teamed up with some great names in watches.

Tiger Wood’s original watch sponsorship was with Tudor back in 1997, which is actually a Rolex brand. Tudor was not doing well in the USA at the time and they wanted to get Tiger’s help to relaunch the brand.

They put his name on the top of the Tudor Prince Date, just below the sub-dial at 12 o’clock. It can be seen on a variety of models in this range from Tiger versions of the 79200 series, with Tiger’s signature red in both the silver and panda (below) options and a white text in the reverse panda.

In 2002 Tiger Woods inked a sponsorship deal with Tag Heuer to become their brand ambassador. This deal lasted until he moved to Rolex in 2011. During that time he can be seen wearing the TAG Heuer Link Calibre 16 in the above commercial. Below is another reference from ATG Heuer to that watch.

TAG Heuer also released a limited edition of the Link Calibre 16 with Tiger’s Woods signature red. It had red around the two sub-dials at 12 and 6 o’clock and accented red round the other at 9 o’clock. There is also a day date window at 3 o’clock as well as a tachymeter around the bezel. 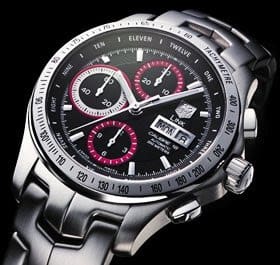 After his success with Tudor, Tiger Woods entered into a partnership with Rolex watches in 2011. The first watch off the Rolex shelves was the Rolex Day Date 41mm in white gold.

The Rolex Sea-dweller Deepsea is all about depth. It has a water resistance down to 3900m (12800ft) which is a depth that could crush a submarine. It handles these depths because it comes equipped with extensive seals, a thick 5mm sapphire crystal, and a helium release valve. It comes with a 44mm steel case and bracelet with a ceramic bezel topping it all off.

He also wore the Rolex Deepsea D-Blue Reference 126660 while meeting with President Trump to receive the Presidential Medal of Freedom.