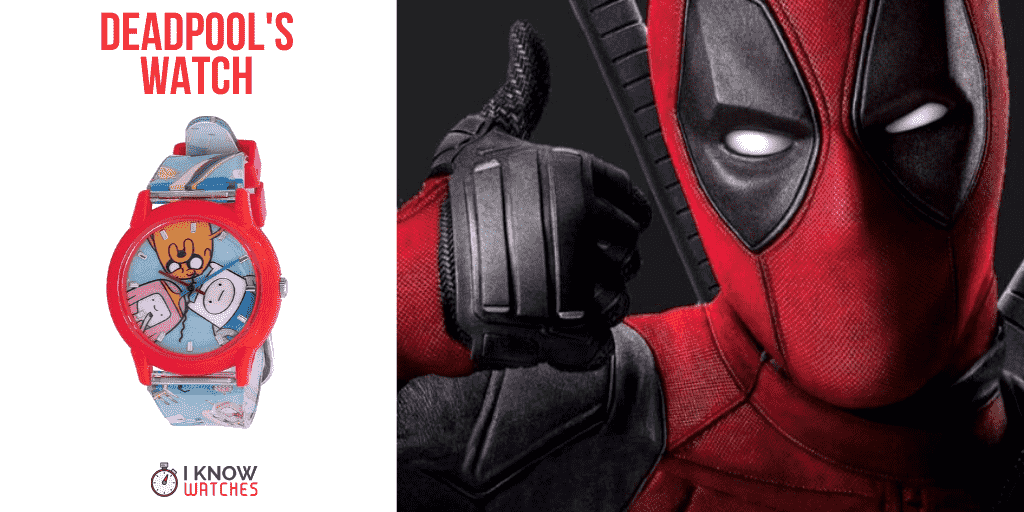 Deadpool, as you may already know, is a superhero (or anti-hero) based on the Marvel comic of the same name.

The character of Deadpool is played by Ryan Reynolds who does a great job of bringing the role to life on the big screen. It is a very dark comedy with lots of irony and sarcasm and lots of fun being poked at various things throughout.

The movie was so successful that they have since produced a sequel – Deadpool 2 and I believe a third is on the way.

The Adventure Time Wristwatch for kids (model ATW001-RE) is fittingly the one they chose for Deadpool to wear in the movie.

Deadpool is a sarcastic and off the rails kinda guy, so why not have a joke of a watch I say. Its more or less a throwaway plastic watch that reviewers say you cannot even change the battery on. That gives throwaway a new name!

Given that Deadpool is rarely seen showing any bear skin, it is actually quite hard to see the watch. But in the scene below, where he is taking a cab, he shows it to the driver.

SEE THE WATCH ON AMAZON 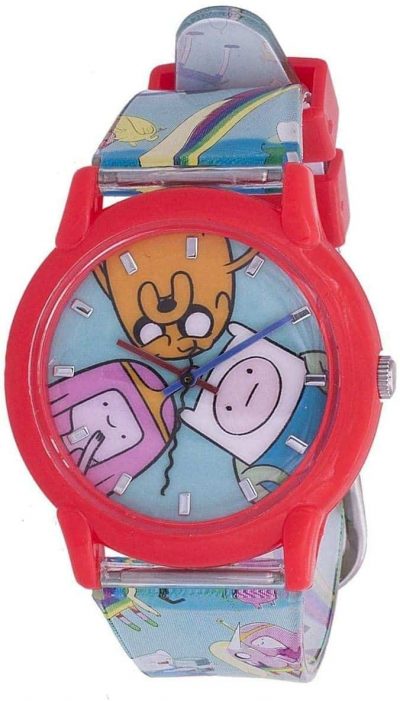 Given that Deadpool is rarely seen showing any bear skin, it is actually quite hard to see the watch