Watch Worn By MacGyver (The Original) 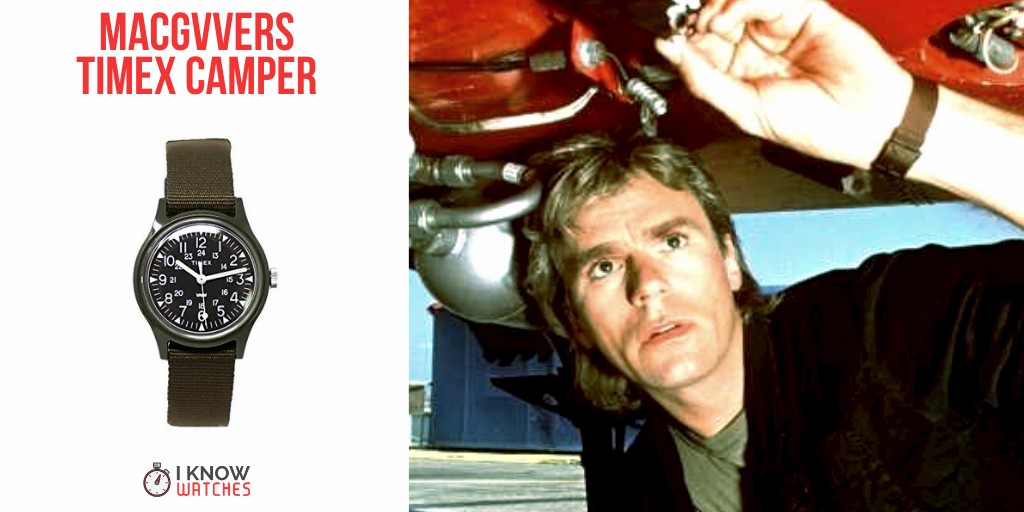 If you grew p in the 80s you probably grew up watching MacGyver! The man who always had a trick up his sleeve – a creative and very DIY way to save the day in almost any situation.

In fact, his name became so synonymous with getting out of a tricky situation or fixing things with whatever is on hand (especially a Swiss Army Knife) that people use it do this day!

MacGyver aired between 1985–1992 and he was played by the actor Richard Dean Anderson. He was a rugged, cool, and collected kind of guy who you just could not help but love!

Which Watch Did MacGyver Wear?

Although MacGyver wore a few different watches throughout the series, there is one watch he wore the most – especially in the beginner: The Timex Camper.

It is difficult to get a high-resolution shot of the watch, so you can never be 100% sure if it was the Timex Camper or Timex Expedition Scout for example. 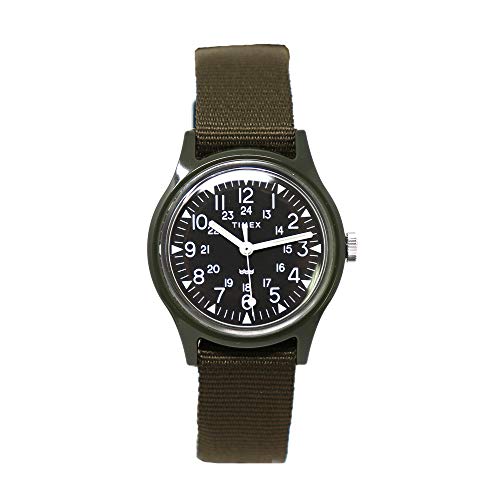 The watch clearly has a robust, green Nylon band and a simple dial with two series of numbers – the 12 hour markers and the inner 24 hour markers. What else would MacGyver need? 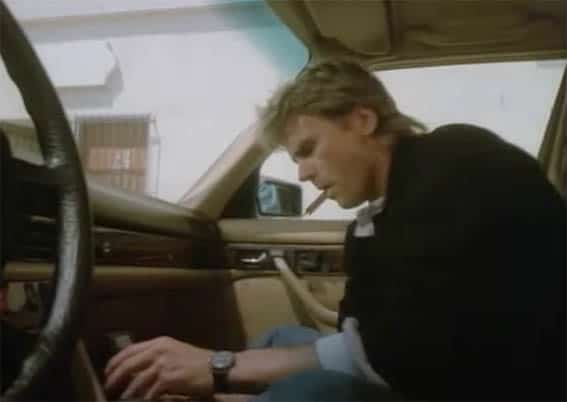 From the various angles I have seen the watch, the domed crystal certainly makes me lean towards the Timex Camper for sure! 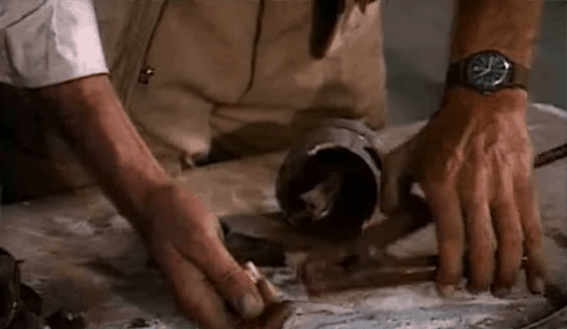 I have included various shots of him wearing the watch in a lot of different situations I managed to take screenshots of from Youtube, but it is never easy to see the watch up close! 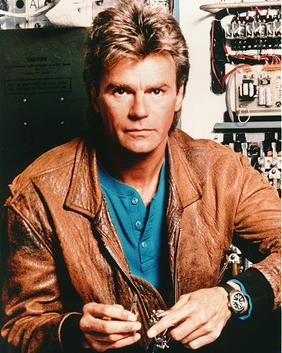