President Obama had a lasting impression on the people of the United States and the world as a whole. With his statesman-like persona, and sometimes wacky sense of humor, he will definitely not be forgotten. Especially since he was America’s first African-American President.

But like with most Presidents, many people want to know the kind of watch a man of that stature wears! Is it a Rolex, kind of. But he did not wear one in office. And, you will be surprised to learn of the other more controversial watch he is also known for. 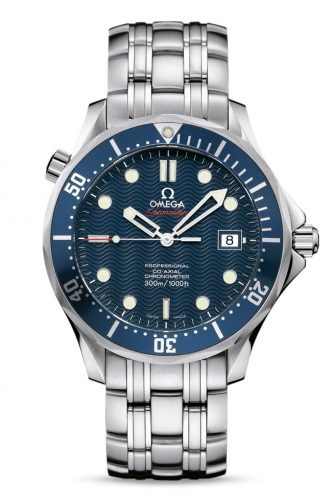 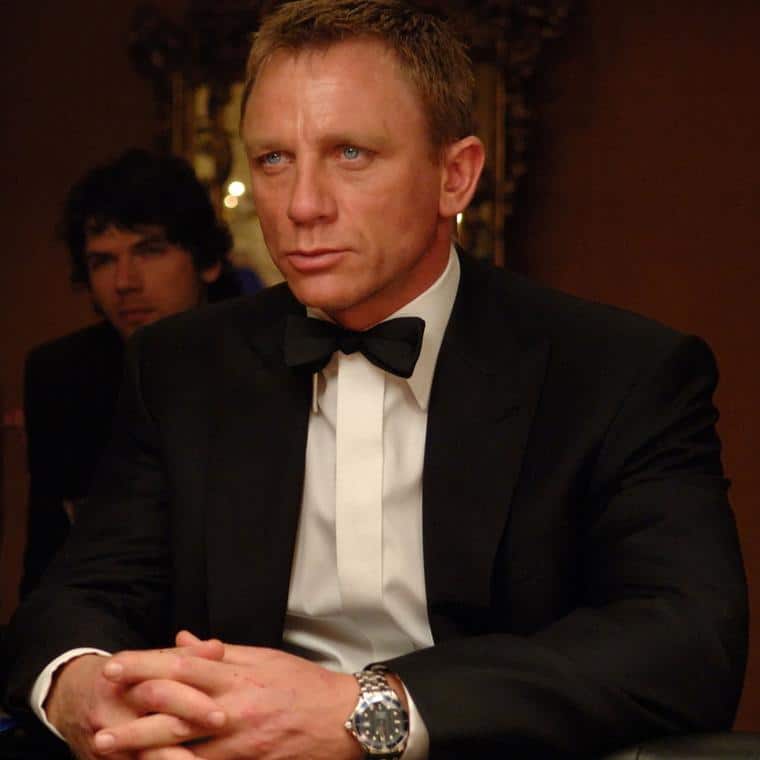 James Bond has been wearing more expensive watches since the franchise began. Although, he did take a dip in the more tech world of Seikos for a while. However, as the movie franchise has aged, moving to newer actors such as Pierce Brosnan and now Daniel Craig, Omega has started to become far more prominent. So prominent in fact, I think Omega has it written into the script, as you can see in this scene (skip to about 3:12).

In Casino Royale a couple of Omegas can be seen on the wrist of Daniel Craig, the first of which is the Seamaster reference 2220.80.00 shown above. It is a classic dive watch with oversized hour and minute hands and high contrast, providing a face that is super easy to read. The deep blue dial has a wave pattern paying homage to the men of the deep. Of course, like most dive watches, there is also a clean and unobtrusive date window at 3 o’clock.

The case is all stainless steel with a standard dive size of 41mm. The crown guard is also not unusual, however the escape value at 10 o’clock is not something you will see on many dive watches, making this quite a unique watch indeed.

Overall though, it is a dive watch with style that will sit well on anyone’s wrist, even James Bonds’. And unlike many a Rolex or Omega, it is reasonably priced a just a few (or couple more) thousand. 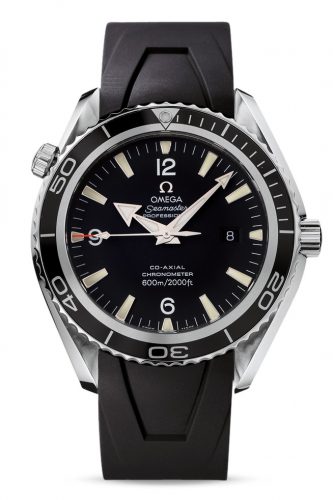 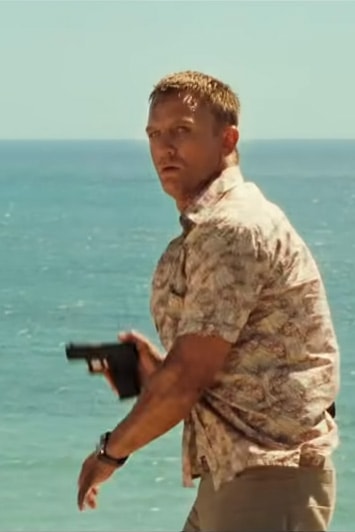 Now this is an Omega that Daniel Craig puts through hell during the Parkour scene. The Omega Planet Ocean seems to be tough enough to survive anything James Bond can throw at it, and so it should.

This is another classic diver from Omega that is very similar to the model above, however, with the rubber band, perhaps a little better suited to chase scenes!

It is rated even deeper than the model above, with a 600m water resistance and of course, the Omega 10 o’clock pressure release.

This model is also a little less dressy with it’s all black dial, bezel and band.