Bauhaus has been around for nearly a century exactly. It was a design school opened in German in 1919 aimed at combining design and art into one seamless discipline.

The results was the birth of some of the most inspirational designers of the 20th century, even though the school was shut down by the Nazi’s way back in the early 1930s.

Many of the more modern, simplistic and minimalistic designers owe their inspiration to this school and it’s foundation. Even the original iPod, which was inspired by the legend Dieter Rams, can trace it’s roots back to Bauhaus.

And so can many modern day watches. Timepieces who’s inherent simplicity and minimalist designs make them timeless watches you can wear to a formal outing, a day at work or even on a date. They are truely special kinds of dress watches.

So, in this article I wanted to cover the best Bauhaus watches available on the market today – from the insanely cheap, to the slightly more pricey, but still reasonably affordable (to some at least).

So, without wasting any more of your precious time, let’s take a look at the contenders I have found for you… 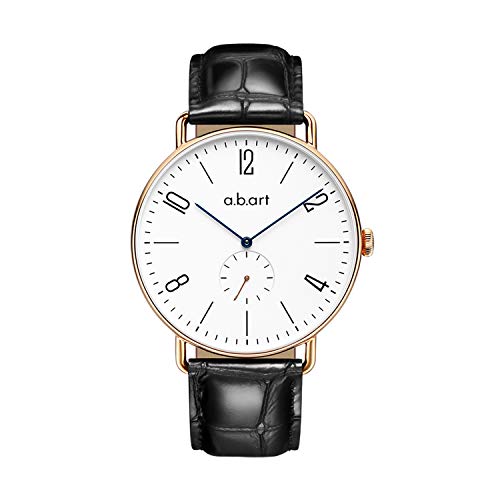 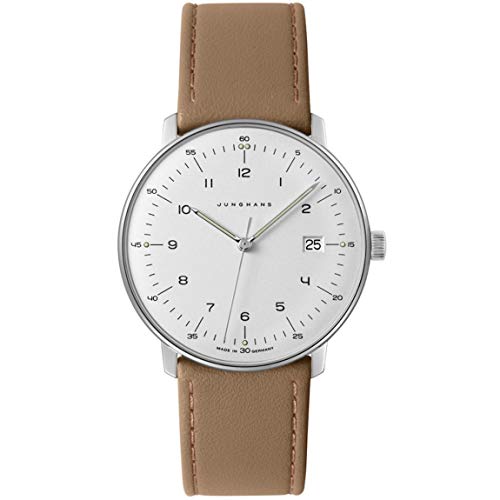 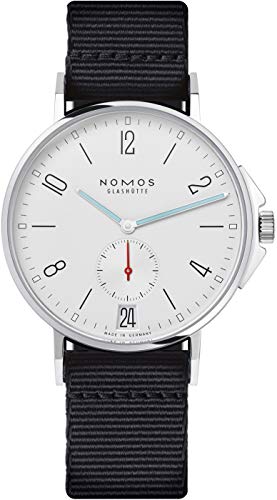 a.b.art has embraced the Bauhaus movement and enabled anyone to wear one with price by offering seriously affordable watches.

Fulfilling all of the Bauhaus design tenets, this watch has a clean, white face, simple thin, round case, clear Bauhaus-style font and thin, straight hands.

The only elements that stray a little from the more hardcore designers in this area are the logo and seconds sub-dial at 6 o’clock.

The specs on this watch are simple and typical of a low-end watch, but I was surprised to see they have added a sapphire crystal to this model. It also comes in a few different strap colors and styles (see images below)

Another low-end Chinese watch at a similar price, but this time with an automatic (self-winding) movement and sapphire crystal! I am often stunned at what you can get for such a low price these days. Ok, so the movement is a Chinese Seagull, but it certainly works well, is quite accurate, and seems to have a decent power reserve.

The rest of the dial on this one is almost identical to the a.b.art above, except for the slightly thicker case and the silver sub-dial.

On the back though, there is a see-through “display” caseback, which is always nice to show off, especially if you have never owned or see an automatic movement function before.

For those with smaller wrists, this one is also a better option at 38mm, even if it is a bit thicker to accommodate the automatic movement. 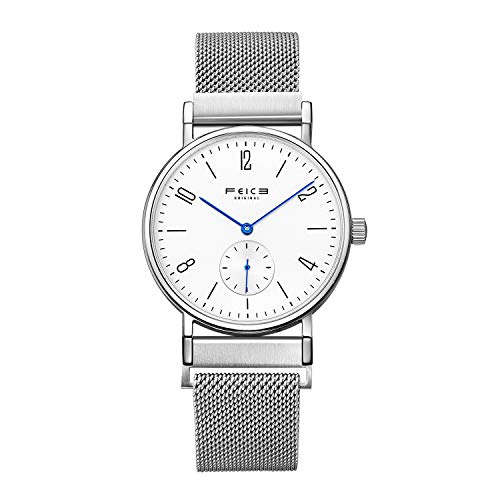 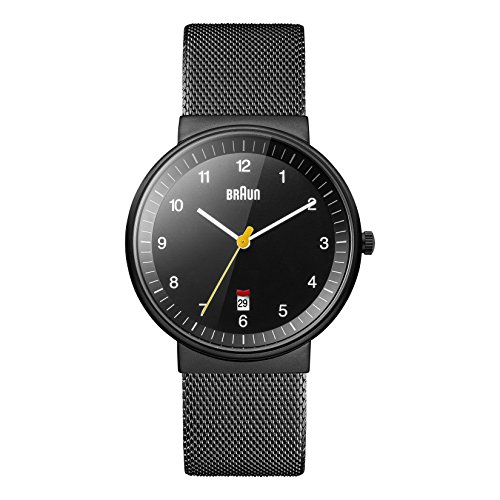 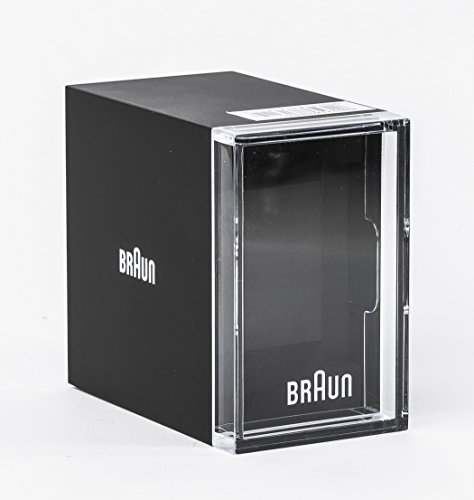 You can’t really mention Bauhaus and watch design without tipping your hat to the kings of simplistic and functional design – Braun. I remember when I first saw their products at my German friend’s house as a kid, and those images have stuck with me forever. Designed for life, simple, functional and they just damn well work!

In fact, their main designer, Dieter Rams, went on to influence many of our favorite designers today, including Steve Jobs (just check out the similarity between his design, and the original iPod).

This particular model is all black, but the distinctive flair of the yellow second hand and the red accent to the date window give it a little something most bauhaus watches don’t have. That, along with the black mesh bracelet make it stand out from the crowd. 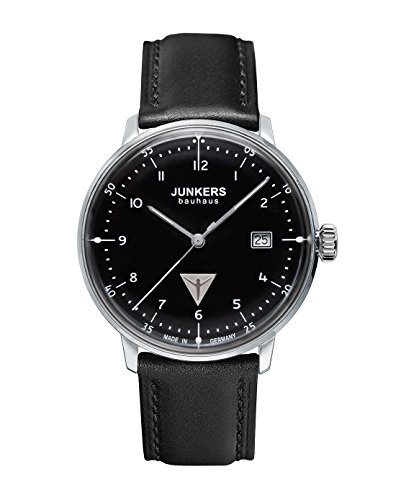 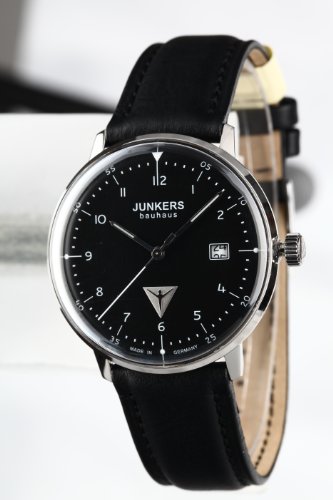 Junkers is a popular maker of watches following the Bauhaus ethos, although in this case the dial is not quite as minimalistic.

It follows, at least somewhat, the pilot style watch with the hours and minute around the dial edge, to help accurately read the time, and also comes with a date window at 3 o’clock, giving the watch a little more function.

For the rest, the clean black dial (it also comes in white) with easy to read sans-serif Arabic numbers is classic Bauhaus, as are the straight hands. These ones do sport a little lume though, to help anyone facing minimal light during the day.

Another nice part of any Junkers watch is that it is made in Germany by an independent watch manufacturer and at a very reasonable price.

They also have a specific “Max Bill” model dedicated to the Bauhaus designer, which is similar to this one, but with a slightly different dial design. 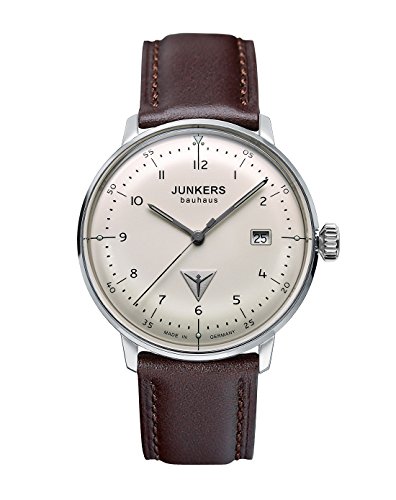 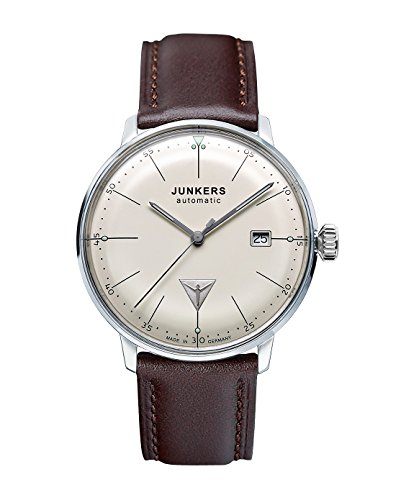 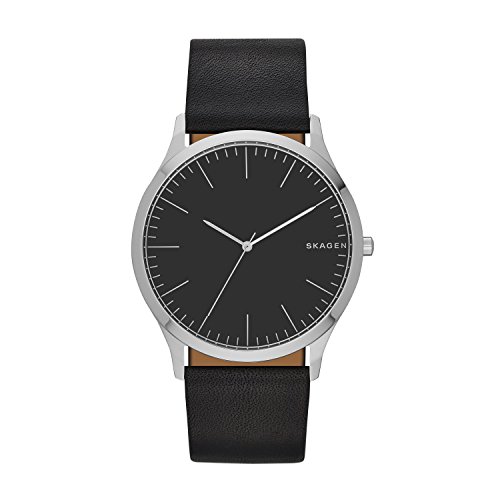 Skagen, a Danish watch company now owned by Fossil, is no stranger to clean design. After all, we all know how great their furniture can be. Just ask their neighbours in Sweden about Ikea!

So, surprise surprise, Skagen has a range of Bauhaus inspired watches that are also super affordable too.

This model, the Jorn is minimalist, almost to an extreme. The thin marker lines and hands are truely minimalistic, and the all-round steel on black further accentuates this. The only slight deviation from this is their branding at an unusual position of 3 o’clock. 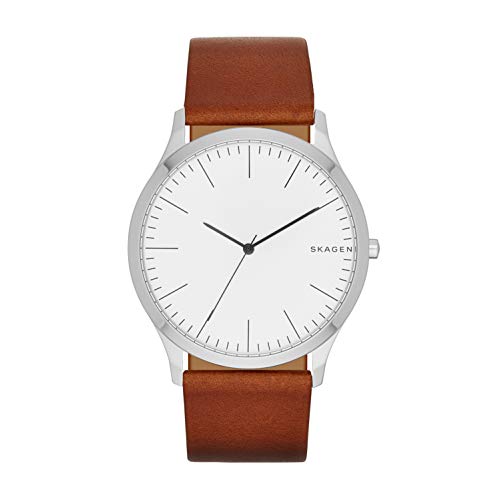 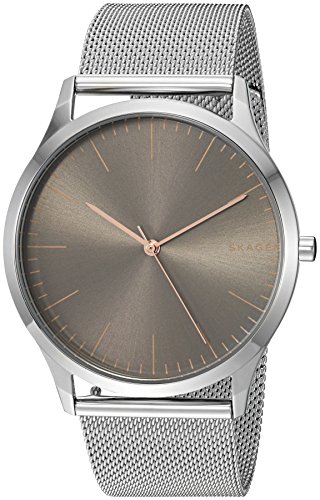 There is no bigger claim to the name of “Max Bill” on a set of Bauhaus watches than by Junghans. They worked with this Bauhaus pro back in 1961 to produce a series of watches and clocks, which are still produced, more or less unchanged, today.

This is just one of many that Junghans produce, so if the design is not exactly what you had in mind, then dive further into their catalog. Just be aware, that we have entered the mid-range area here and it will set you back a little less than 1G.

Some of the other Max Bill models are display below so you can get a more in-depth view on the whole range. 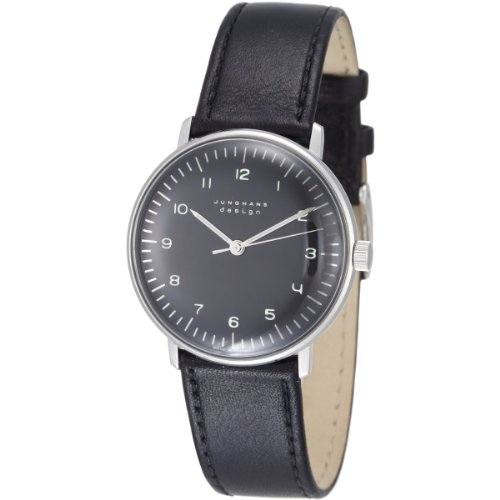 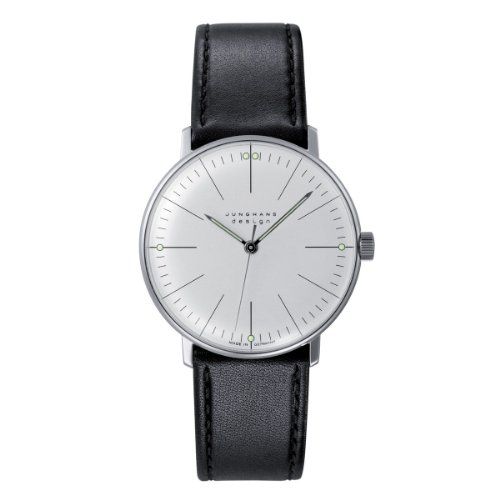 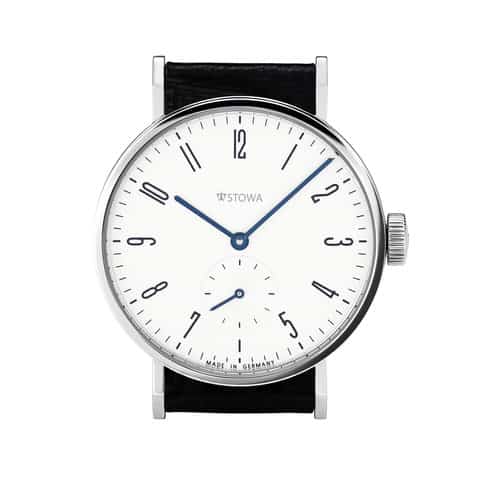 Stowa has been around for just over 90 years in Germany and is considered one of the original Bauhaus watch manufacturers. Just recently they re-designed their Antea range, more specifically Hartmut Esslinger did. He used inspiration from the original watch and many of the elements from the masters of Bauhaus including the type face and colors as well.

The result is the classic styled Bauhaus design, with the tall, clear lettering, the numerals following the curve of the dial and the blue hands accentuated against the minimalistic black and white background.

If you want to get your hands on a true Bauhaus watch – this is one to get. And it’s still very affordable.

A more recent German, Glashütte-based watch company, Nomos was created just after the fall of the Berlin wall in 1990. But don’t let their apparent youth in the industry fool you. This watch packs a punch!

It does stray a little from the pure Bauhaus minimalism, with the seconds sub-dial at 6 o’clock and the date window below it. However, what is more striking is the crown protection which we have not yet seen on a Bauhaus watch in this review.

Note: You can find some other Nomos alternatives here. 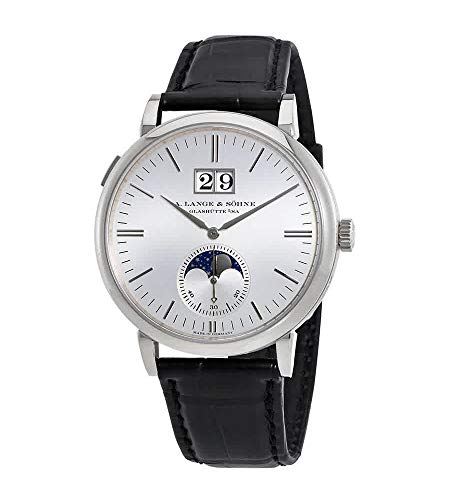 Lange & Sohne are one of the original watchmakers hailing from Germany’s watchmaking town of Glasshütte in Saxon.

This watch is heading into the stratosphere with prices of tens of thousands, this white gold cased watch is something of a luxury timepiece. It has an automatic movement with 72 hour reserve, and a two window date.

This watch screams class with a price tag to match. But, if you are looking for a moon phase watch with style, you need look no further