Oldest Watch Brands Of All Time 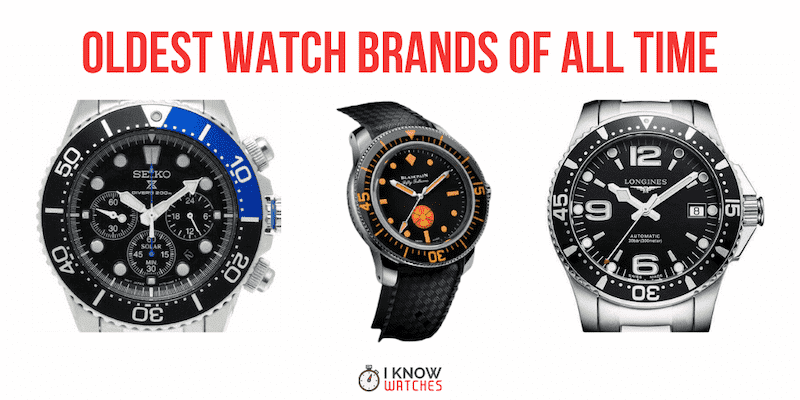 Time. It’s complicated yet simple, elusive yet apparent, imminent yet distant. It’s been the theme of songs, poems, and proverbs since, well, the beginning of time. That’s what makes horology, the study of timekeeping, a fascinating discipline.

Mankind first began marking time with a stick in the ground to note its shadow as the spin of the earth on its axis caused the sun to move from horizon to horizon. This led to the invention of the sundial, and as the very time being measured marched on,  timekeeping instruments like water clocks, candle clocks, and hourglasses evolved.

After pendulum clocks were developed in the 17th century, timekeeping advanced to become more accurate. That same century, the invention of the mainspring made portable timepieces possible. They were time-consuming and expensive to make. Only royalty and the wealthy would wear pendant watches and pocket watches.

Wristwatches became popularized post-WWI after the military wore them to synchronize missions. Mass production methods made them easier to make and cheaper to buy. Watch manufacturing thrived, and today, some of the oldest watch brands still exist. Here, in no particular order, are a few favorites. Some are household names around the world, others aren’t as well known.

As a young man, Pierre Jaquet Droz created automata, a mechanical art form that integrated music and motion. Europe and China’s elite adored him. He began manufacturing watches in 1738 in La Chaux-de-Fonds, Switzerland. Pierre based his work on Haute watchmaking focusing on aesthetics and style over mechanics. Unfortunately, the Napoleonic Wars at the turn of the 18th century ended his prosperity. It wasn’t until the year 2000 that the brand resurfaced after the Swatch Group acquired it. Exciting new timepieces were launched reviving the company’s name. You can see the consistency of the brand’s design ideals in the Jaquet Droz Grande Seconde SW models. These models use exquisite materials like 18K rose or gray gold and blued steel hands. 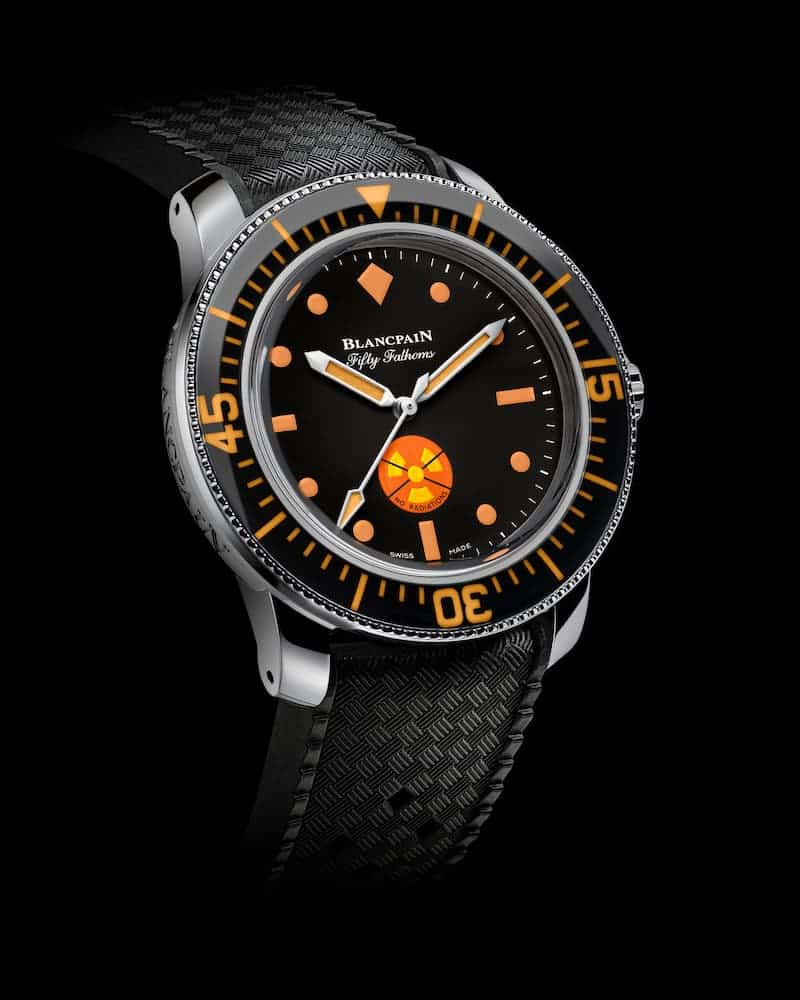 The Blancpain brand has the distinction of being the world’s oldest registered watchmaking brand. In 1735, Jehan-Jaques Blancpain opened a workshop on the top floor of his home in Villeret, Switzerland. The company became successful based on producing a limited number of watches each year.

At one point in time, Blancpain was the official supplier for the French navy at their request. They needed a tough and dependable dive watch. This helped the horologists sharpen their skills in crafting dive watches. The Fifty Fathoms, launched in 1953 is one of the brand’s most iconic models.

The brand had its fair share of financial ups and downs over the years, but would never lose the title of being the world’s first watchmaking company. Blancpain was reestablished in 1983 and is now owned by current watch giant Swatch. 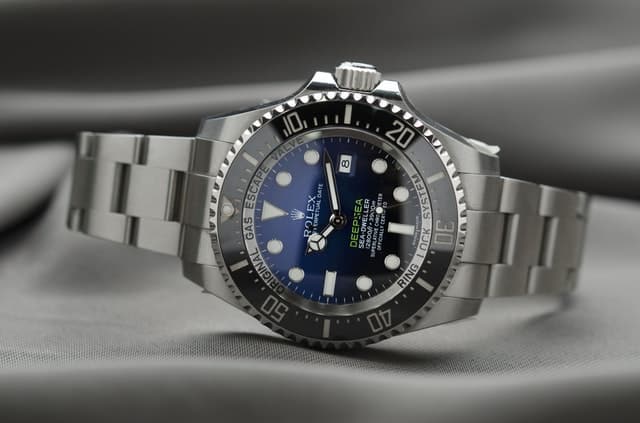 Founded in London in 1905 by Hans Wilsdorf, Rolex is nowhere near the oldest watch brand, but it’s old enough and famous enough to be mentioned here. The company relocated to Geneva, Switzerland in 1919 and went on to become a classic Swiss brand despite its British roots.

By 2012 the company had 2,800 employees and a sales record of more than $7 billion dollars. It gained fame on the Silver Screen by starring in the arms of actors like Sean Connery, Steve McQueen, and Michael Caine. So, while it’s not the oldest, Rolex is the most recognizable luxury watch brand, famous for its iconic crown logo and watch models like the Oyster Perpetual and the Rolex Submarine. Most models come with price tags in the thousands or hundreds of thousands like the Cosmograph Daytona Chronograph Rainbow Diamond Watch.

Most of the world’s oldest and distinguished watch brands are based in Switzerland and Vacheron Constantin is no exception. Founded in Geneva in 1755, the brand is the oldest to survive with no interruption in production. It all began when master watchmaker Jean-Marc Vacheron opened his modest business. Over two centuries later, the company continues to produce world-class, top-quality luxury timepieces with a hefty price tag. Its 57260 Reference model currently carries the title of “most complex watch ever made.” It has 57 complications and 2,800 decorative elements. Functions include multiple calendars and a double retrograde split-seconds chronograph. Decorative features are a white gold case, beveling, circular graining, and Côtes de Genève decor.

Watchcrafting and science are closely related disciplines as proven by Ferdinand Berthoud in 18th century Paris. Berthoud had worked for the French navy and was a collaborating inventor for the marine chronograph, an instrument that could pinpoint the east-west position of a ship at sea.

The brand stayed in the family for over a century, but the death of heir Charles-Auguste Berthoud caused the company’s demise. But alas, the brand was reborn with the launching of a new watch, the Ferdinand Berthoud FB 1.3 Chronometer to pay tribute to the founder. Today, expect Ferdinand Berthould’s timepieces to offer the best diving watches.

Founded in 1737, Favre-Leuba is an old established watch brand but not as well known as some of the oldest watch brands. The founder, Abraham Favre was a registered watchmaker in Le Locle, Switzerland where he began his business. His sons, and eventually his grandsons inherited the family business and kept it going. In 1815, Auguste Leuba brought his expertise as a merchant and watchmaker to the company and the brand name was changed to Favre-Leuba. The family sold the business in the 1980s during the quartz crisis in Swiss watch manufacturing, but it was revived in 2011. Expect watches that have barometers and altimeters for outdoor adventures from the Favre-Leuba company today. 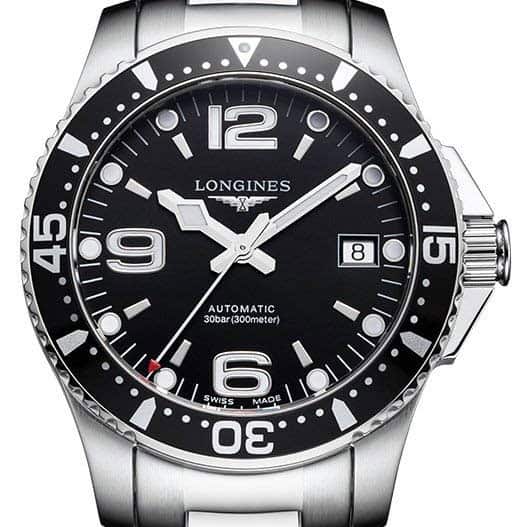 Longines is a popular Swiss watch brand that dates back to 1832. Auguste Agassiz founded the company in 1832 where the headquarters are to this day. It’s now a part of the Swatch Group with timepieces available worldwide. Longines watches are considered to be affordable alternatives to Rolex. The company has and continues to keep an archive of the serial numbers of all models of its timepieces that have ever been manufactured. Therefore, the company can provide a Certificate of Authenticity for each purchase. All Longines watches are made in Switzerland and must pass the strictest Swiss quality assurance process.

Tissot was founded by the father and son team Charles-Felicien and Charles-Emile Tissot in Cret-Vaillant, Le Locle, Switzerland in 1853. It’s another longstanding Swiss watch brand that offers more affordable luxury watches such as the timepieces in Tissot’s Classic collection. The brand has been highly successful in its knowledge to craft manual and automatic watches. One of the brand’s most beloved collections is the T-collection with enhanced functionality and reliability launched back in the 1990s.

Tissot prides itself on its involvement with Alpine tourism through ventures like partnering with the Swiss Alpine Club (SAC), the Jungfrau railways, and the First Cliff Walk in Grindelwald. Tissot was also present for the Glacier 3000 where the
brand’s name is now attached to the first suspension bridge in the world that links two summits, the Peak Walk by Tissot.

TAG Heuer timepieces have so much modern appeal on the market, it’s hard to believe the brand has been around since 1860. Initially known as the Heuer Watch Company, it was founded by Edouard Heuer in St. Imier, Switzerland. Although the company held its own, it was during the 1920s when the brand hit a new level of success after landing a deal with the Olympics as the official timekeeper of the famous sporting event. Another success story for Tag Heuer was its Mikrograph timepiece. At that time, it was recognized as the most accurate on the public market with its VPH rating. 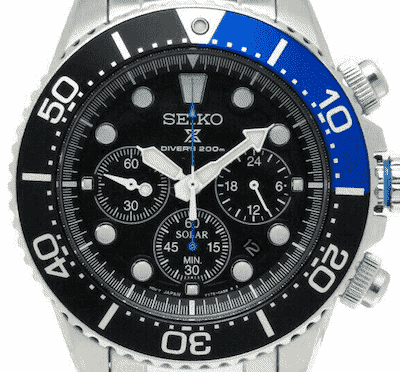 Seiko is one of those old established brands that have become a household name around the world. It was founded by 22-year-old Kintaro Hattori in 1881. At first, Seiko was a watch repair shop in Ginza, Tokyo. The brand later opened a factory to manufacture its own watches in Seikosha around 1892. The brand was the first to develop a wristwatch for the Japanese market, a distinction that earned it a place in the history books. Seiko continues to supply the market with timepieces featuring the latest in watch technology.

Hamilton is an American brand founded in Lancaster, Pennsylvania by Abram Bitner. The company later transferred its headquarters to Switzerland, a nation known for its excellence in watch crafting. The result was a style that blends Swiss elegance with American ruggedness. This heritage attracts both casual watch wearers and serious collectors. Now affiliated with the Swatch Group, Hamilton timepieces are abundant and popular in the top-mid price range.

Founded by Louis Brandt in La Chaux-de-Fonds, Omega is one of Switzerland’s most stylish luxury watch brands if not the world. It’s also one of the oldest still in operation. A member of the prestigious Swatch Group, Omega’s headquarters is currently in Biel/Bienne, Switzerland. Expect quality timepieces on the level of Rolex and TAG Heuer. The brand also has the distinction of being the official timepiece of the James Bond 007 movie franchise, also named Omega.