Timex Weekender vs Expedition: Similar, But Oh So Different 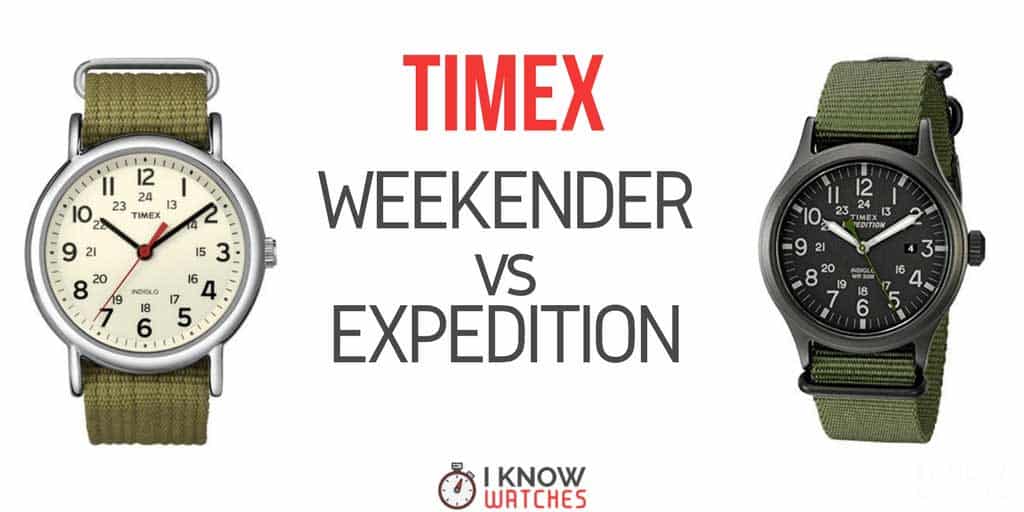 Timex Weekender vs Expedition: Which is Better? 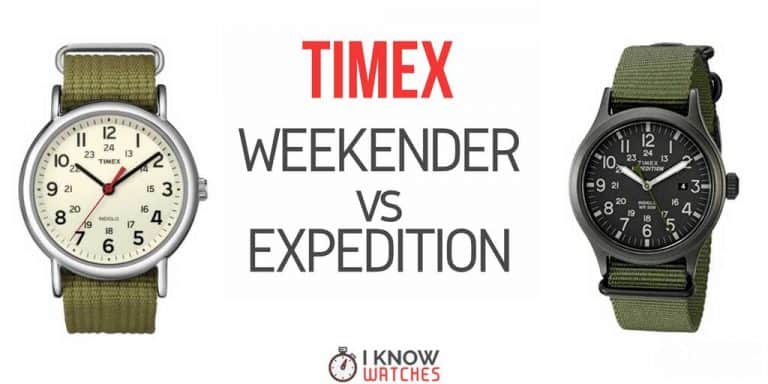 Timex is well-known for making affordable and reliable watches that can, and usually do, last you for years.

I have reviewed both the Timex Weekender and Timex Expedition before (and the more sporty Ironman series), because they such classics in the watch world. But, I thought this time it was worth comparing both these watches directly do you can see the differences.

They are very similar watches, but there are a few key differences that are worth learning about before you buy one.

To keep it simple, I will compare two similar models (shown above) but keep in mind there are quite a few variations in each range. In terms of bands, of course, but also the face, case and functionality. So, at the very end, I will show you some of the options and give you a link where you can find them quickly and easily. 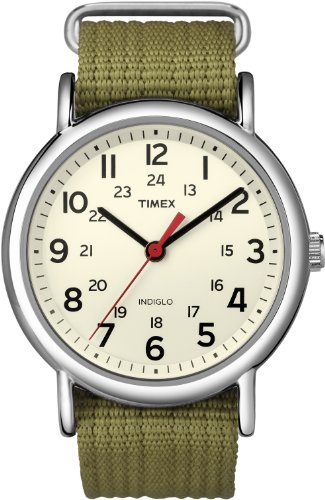 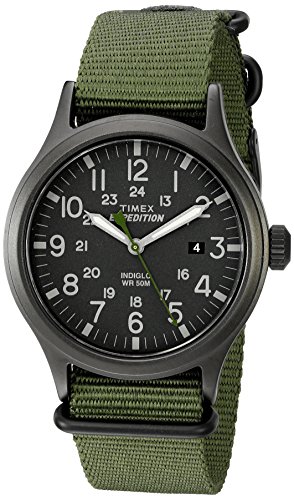 The Differences Between The Weekender & Expedition

Let’s start with the case, because that is one of the biggest visual differences between these easy to wear watches.

If you look closely at the Weekender and Expedition, you will notice that the cases are quite different.

The Weekender has very defined boundaries with a clear circle around the face, and then straight (although rounded edges) lines for the lugs. In some ways you could say there is very little “style” to this watch. It is simply minimalist. Which is not a bad thing, because it makes it a classic, easy to wear with anything daily banger watch. One you can replace at a moments notice if you break it, because it is so cheap.

The Expedition looks similar on first glance, but if you look at the transition to the lugs, you will see nice curves replace the more abrupt lugs on the Weekender. Also, around the face is not just a simple rounded piece of metal, but a two stepped, more flat metal, giving it a more rugged and outdoors look (hence the Expedition).

In terms of size, the Expedition is also (generally) 2mm larger, which is actually a small difference. But, keep in mind that both watches come in a variety of sizes, and that the two reviewed here are just a sample of what you can get. I have listed the two variations in width of the case in the specs above.

There are only subtle differences on the face because if you look at the arabic numbers, both the inner and outer (12 and 24 hour) you will see they are identical.

However, the minute marker train on the outside of the face has larger 10 minute indexes on the Expedition.

There is also the addition of the Expedition name below the Timex at the 12 o’clock position, as well as the 50m water resistant at 6 o’clock. Both make the face a little busier than the ever-minimalistic Weekender.

Date calendar: only the Expedition has the date shown on the face.

Both watches have a 20mm strap size, and are very suited to changing straps on a regular basis. Especially if you buy one with one of the Nato style bands like these two (in the images) have. That way, you can chop and change and slide a new one on regularly and fast. 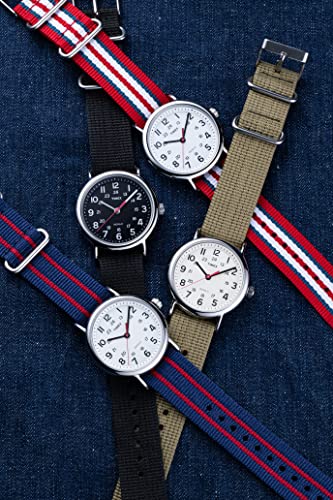 Being more of an outdoors or “expedition” watch, it is perhaps no surprise that the Expedition pips the Weekender on the water resistance front. It is rated at 50m compare to 30m for the weekender. What does this mean in reality?

So, the 50m water resistance of the Expedition is a better bet if you plan on using the watch around water, washing the dishes or just more often outside in unpredictable (not your office) conditions.

Shared Features On The Weekender & Expedition

Of course, these watches are also quite similar.

They both have a 12 and 24hr marking system on the face, which is great for those who either need to read military 24hr time or travel to places like Europe where they use it on a daily basis.

Lucky for everyone, most Timex watches (including these two) feature their amazing Indiglo backlighting which gives you a stunning and easy to read glow which is great in the dark (or dim light).

The face and look of both watches, despite the differences are actually quite simple and match almost any outfit – casual, formal or in between.

The straps are also very similar, as are the options for various colors and faces you can get. So, it is just the subtle differences I have highlighted above that make them different.

Which Should You Choose

For me, the choice comes down to a couple of things on each watch, so I will list the watch and the benefits it has below:

Perfect for anyone who:

Perfect for anyone who: 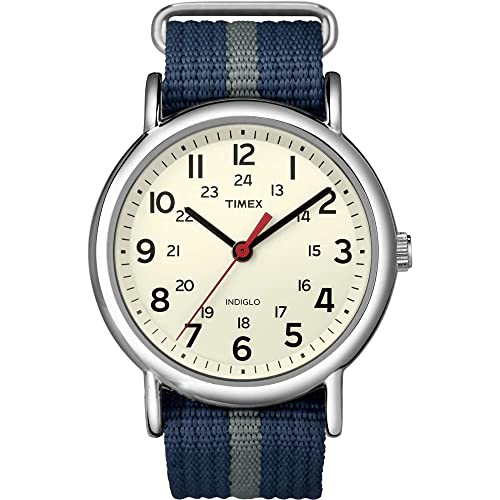 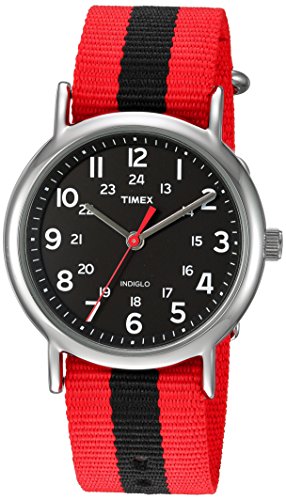 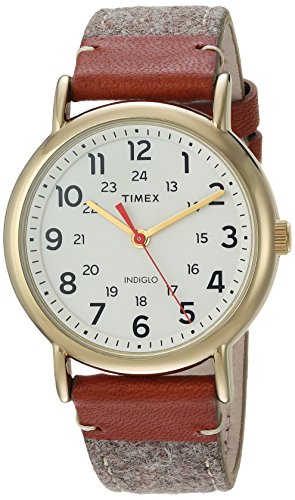 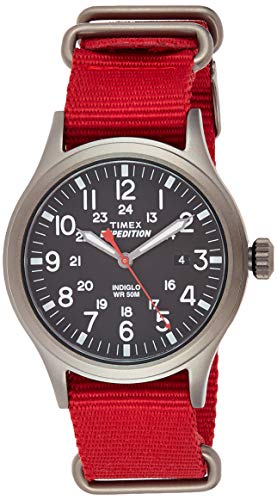 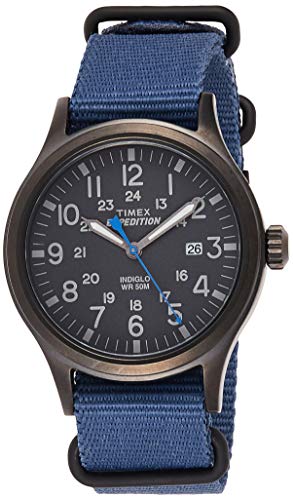 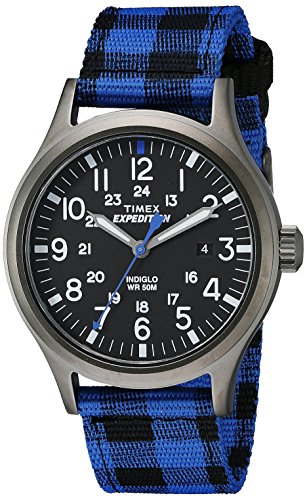 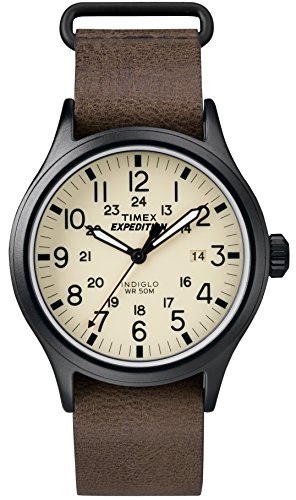 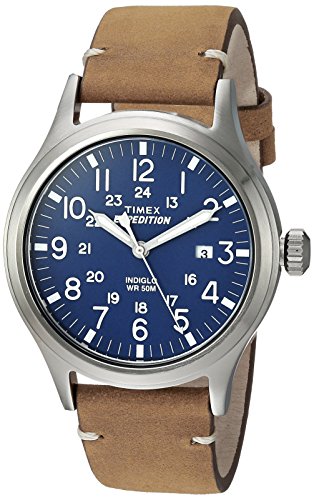