Watches Worn By Navy Seals​ (Including Some Famous SEALS) 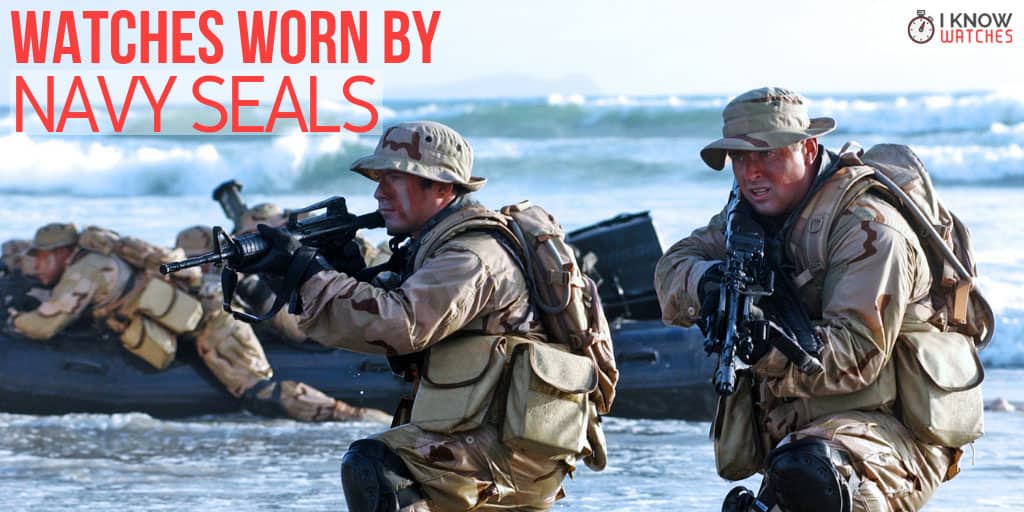 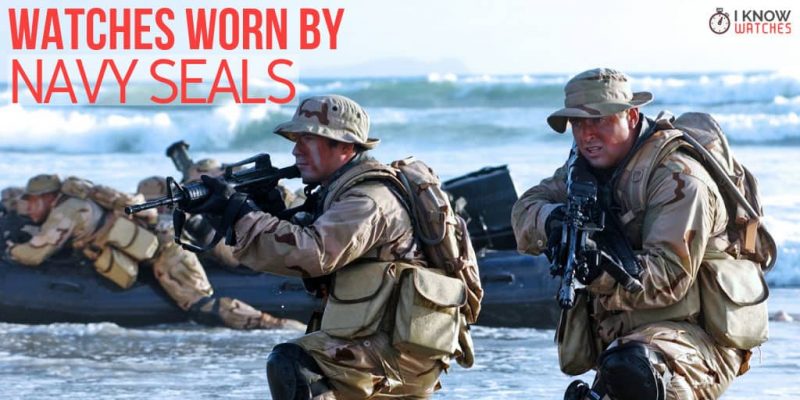 Although the Navy SEALS have been around in various forms since WWII, they have become bigger “celebrities” since the capture of Osama Bin Laden back on May 2, 2011. The SEALs are synonymous with stealth, insane endurance, the ability to withstand almost anything and their many and varied skills in the air, on the land and in the sea.

So, it is perhaps no surprise that people want to know what watches the Navy SEALs wear. After all, if it is good enough for someone doing one of the toughest jobs in the world, then it is certainly good enough for you and me, right?

The challenge in figuring out what the Navy SEALs wear is that they don’t often appear in public talking about their jobs. However, there is certainly some detailed history on them and their undertakings. And, some people know and have talked to, many of their ranks.

So, let’s dive in and find out what kinds of watches Navy SEALs really wear now, and some they have worn in the past. 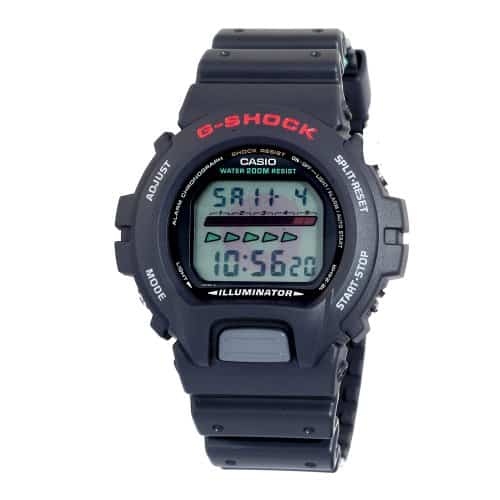 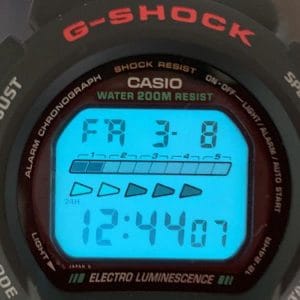 Perhaps the most commonly worn watch issued to the Navy SEALs in the last few decades is the Casio G-Shock DW-6600. Lightweight, durable, shockproof and waterproof to 200m and black, of course! They also feature the ubiquitous functions you would expect on a Casio like

This Navy SEAL watch is no longer in production, so getting your hands on one requires a little bit of fishing on Ebay or a bit of luck. They are certainly watches made to last, so most you get your hands on will be running like clockwork, so to speak!

And unlike some other “Navy Seal Watches” out there, you can actually find pictures of Navy SEALs wearing these babies.

And not surprisingly, Bradley Cooper wore the DW-6600 in the movie American Sniper too! 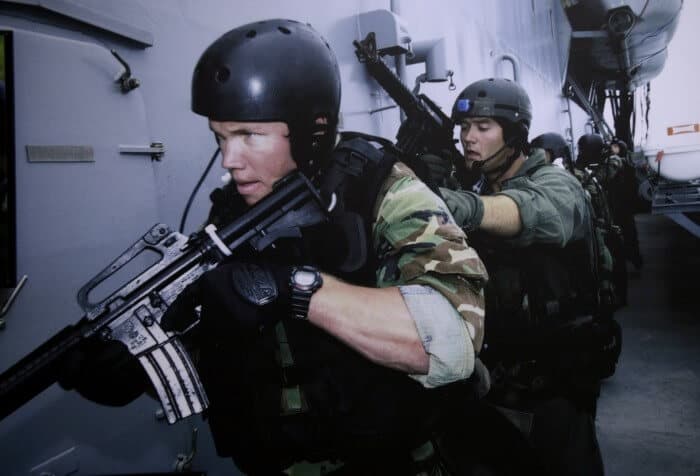 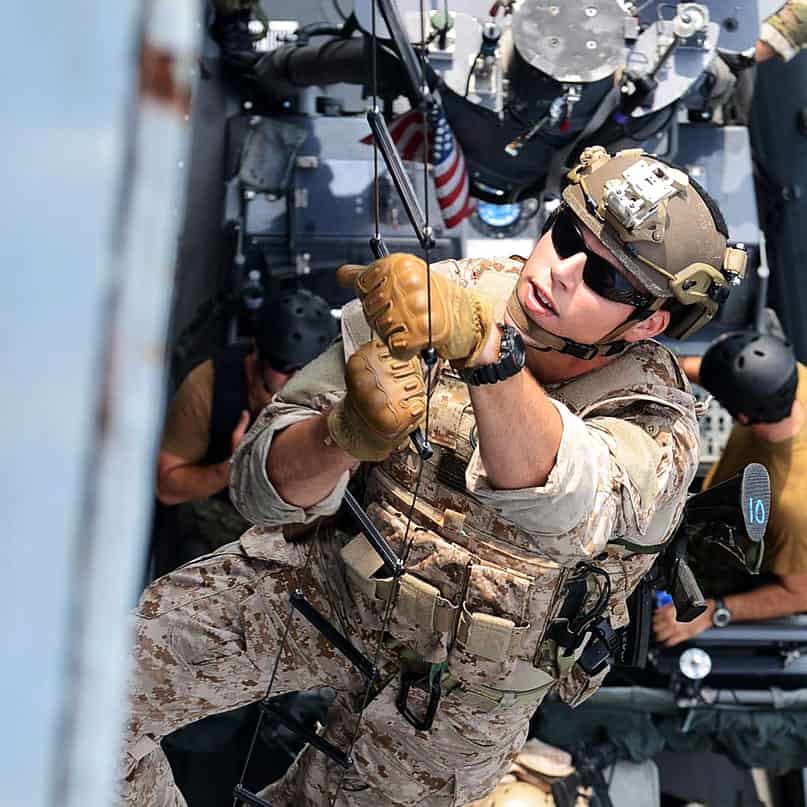 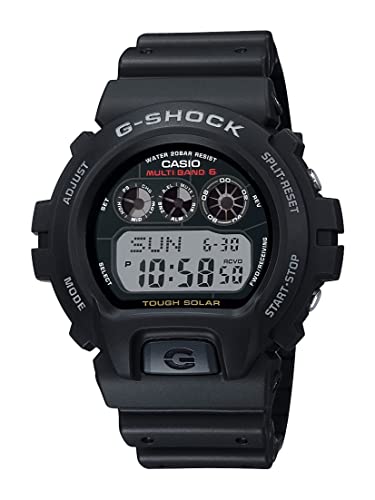 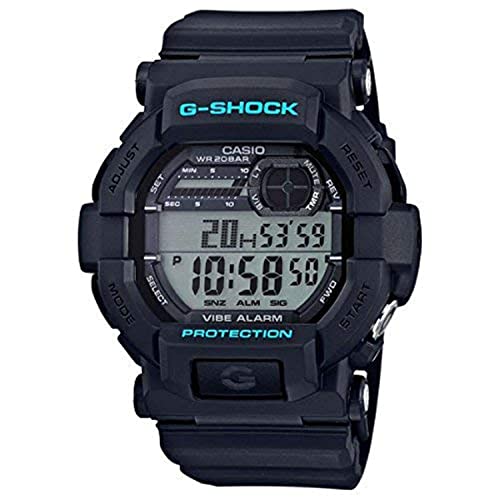 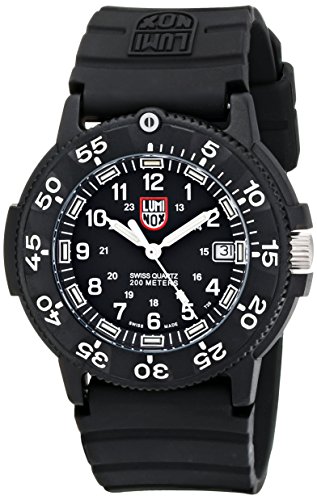 Legend has it (ok, it has been documented on Youtube) that back in the early days of Luminox a Navy SEAL by the name of Nick North worked with Luminox to develop this watch. The SEALs were looking for a watch they could count on, and coming up short, developing one together with Luminox seems to have made history. At least for Luminox. They are know renowned for this watch as the Navy SEAL watch.

In the video below, Nick goes on to say how durable this watch was back in 1993 when they first tested it. It was the only one to hold up. And 20 years later, when they ran the same test. The result was the same.

And although not every SEAL wears one today, a lot still do. They are super durable and one of the best luminous watches around. This is due to the hydrogen isotope – tritium,  they use, which they claim will last for at least 10 years. Shining like a beacon in the night.

These Navy SEAL watches were original developed and made in the USA, which is rare. They have since been bought by a Swiss parent company, so now have the Swiss Made stamp on them. However, they are still as durable as ever. 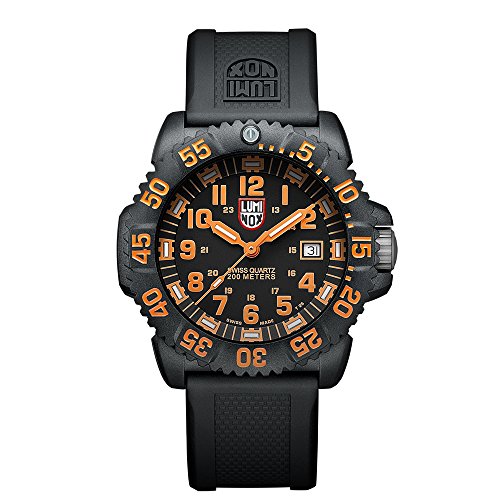 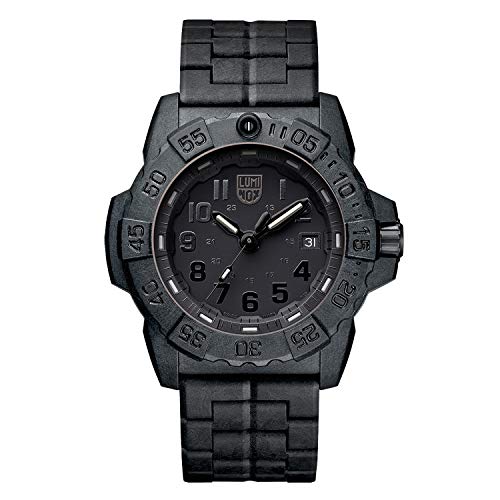 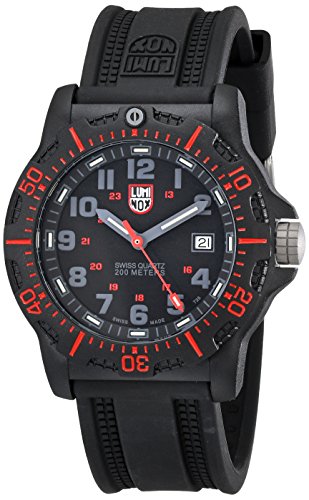 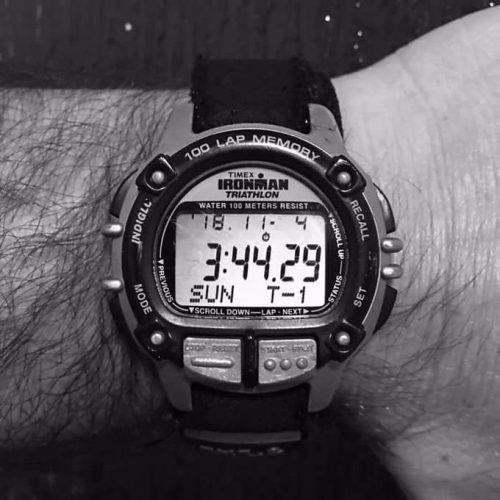 The Navy SEALs love simple, reliable and durable watches. And watches that are also cheap. After all, they need to be able to replace them quickly and easily. And, these guys are not on super-high salaries, so they are not going to be buying a Rolex now are they?

I have written about the Timex Ironman series before, and there are certainly a lot of them to choose from. However, rather than guess which ones the SEALs might wear, let’s consult a former Navy SEAL, Jacko Willink and see what he has worn in the past! 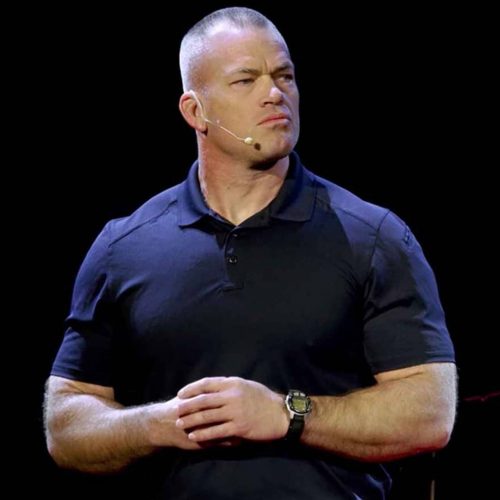 The watch you can see Jacko wearing above is actually the Timex Ironman T66801. It is no longer available, or even easy to find second hand, but there are a lot of similar watches available on Amazon right now.

I have found a few of them below, so you can check them out and find something that suits your needs. 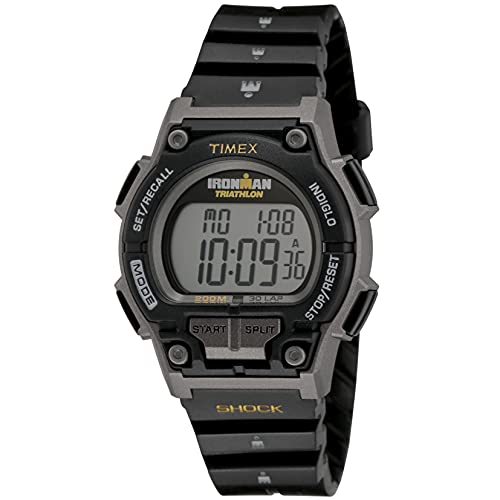 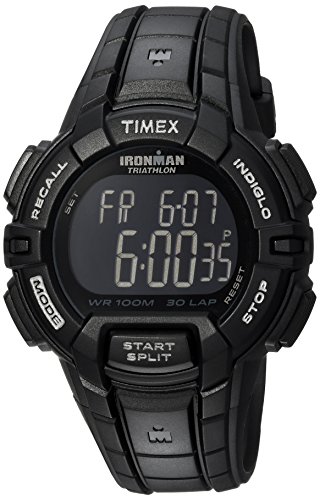 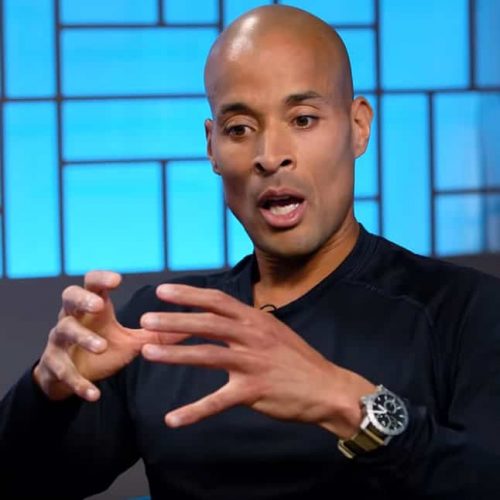 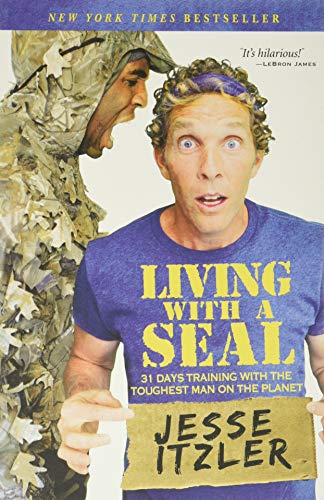 If you have ever read the book – Living with a Navy SEAL,  or heard anything about former SEAL David Goggins, you know these guys are hard as nails. So, given how famous this guy has become of late, especially since the book, being on TV, and the Joe Rogan Podcast, I thought we should take a look at what kind of watch he wears.

You can see from the image below, that David Goggins watch is currently an iconic, rugged, American made watch – the Kobold Transglobe.

I don’t believe this watch is available any longer, but one you might want to check out is their Phantom Black Ops, which is very “Navy Seal”.